This elegantly designed and beautifully produced volume presents portraits of fifty extraordinary individuals who contributed to making the Harlem Renaissance one of the great cultural movements in American history. Some of the subjects are familiar—icons of music, dance, theater, literature, art, academia, and sports—while others are considerably less well known, but equally important to the spirit at the heart of the movement.

The photographs show the sitters not only as public personalities but also as private citizens. They ennoble without flattery, and benefit from the insight that their friendship with Van Vechten engendered. Carl Van Vechten (1880-1964) was a well-known and controversial figure during his lifetime. He was a celebrated dance critic, novelist, photographer and friend of Harlem. In his introduction to the book, Darryl Pinckney writes of Van Vechten, “He recreated himself as an artist and he became a portrait photographer of historical importance….[The Harlem Renaissance] was a cultural movement that through his photography Van Vechten both witnessed and abetted. In remaining true to the cause, he discovered his best self.”

‘O, Write My Name’: American Portraits, Harlem Heroes is both a cultural and photographic treasure, providing new audiences with compelling studies of these inimitable figures who so essentially shaped what we know as American culture. The book is intended to contribute to a deep and lasting appreciation of the achievements of African-Americans of this era by informing succeeding generations about their works and their personalities.

Design & Typography by Howard I. Gralla; Duotone separations by Thomas Palmer; Printed at Meridian Printing under the supervision of Daniel Frank; Bound by Acme bookbinding 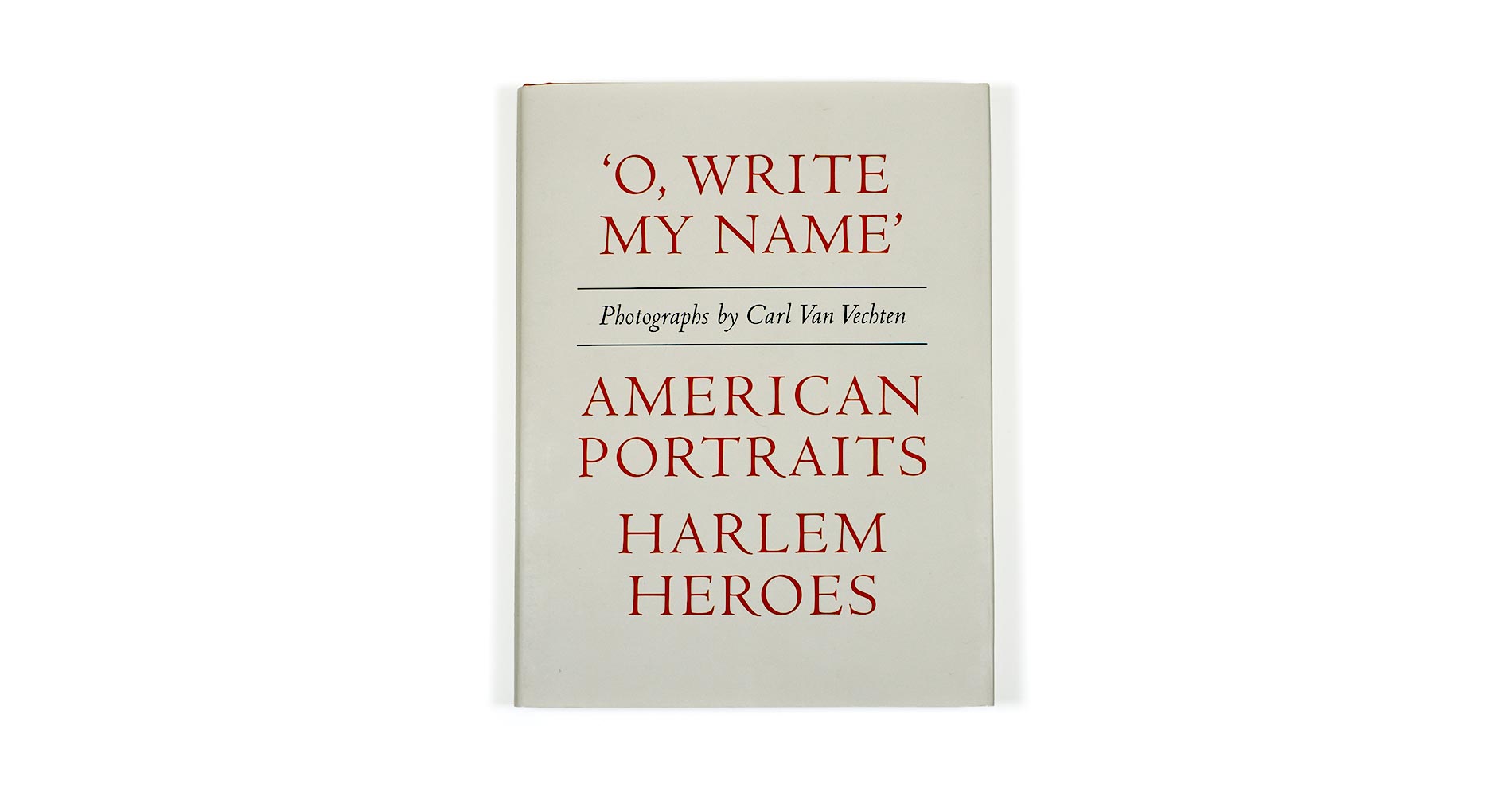 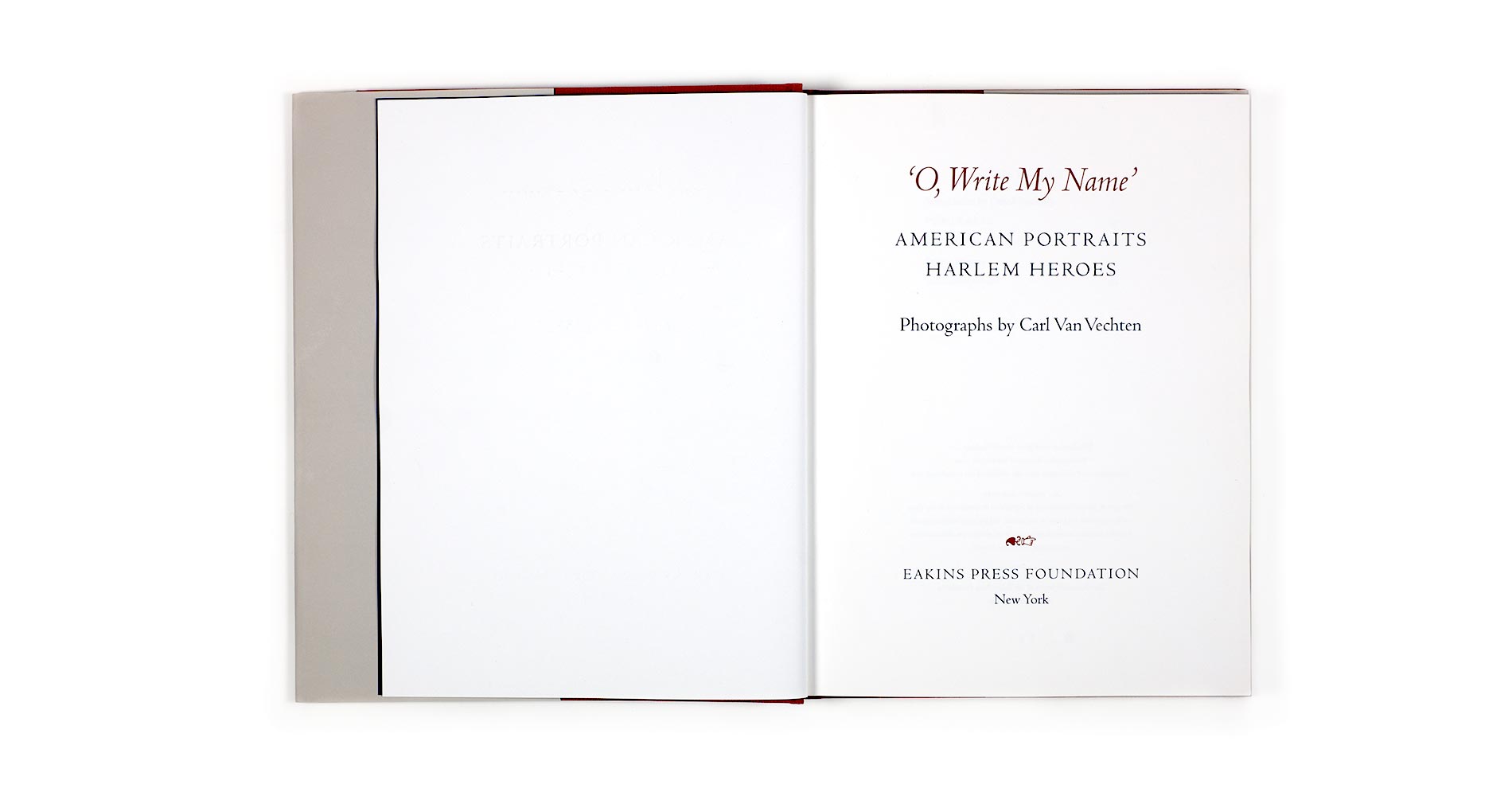 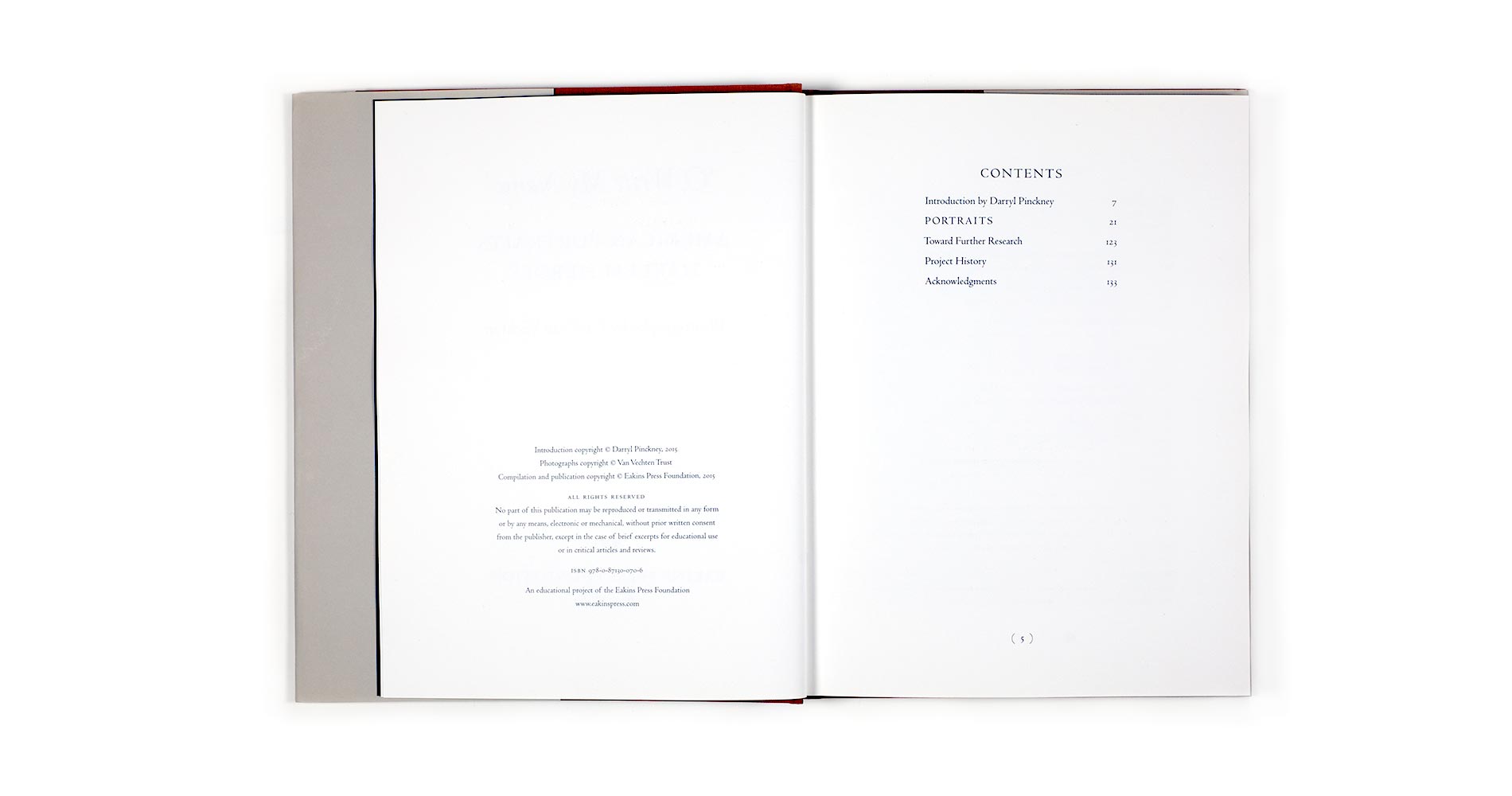 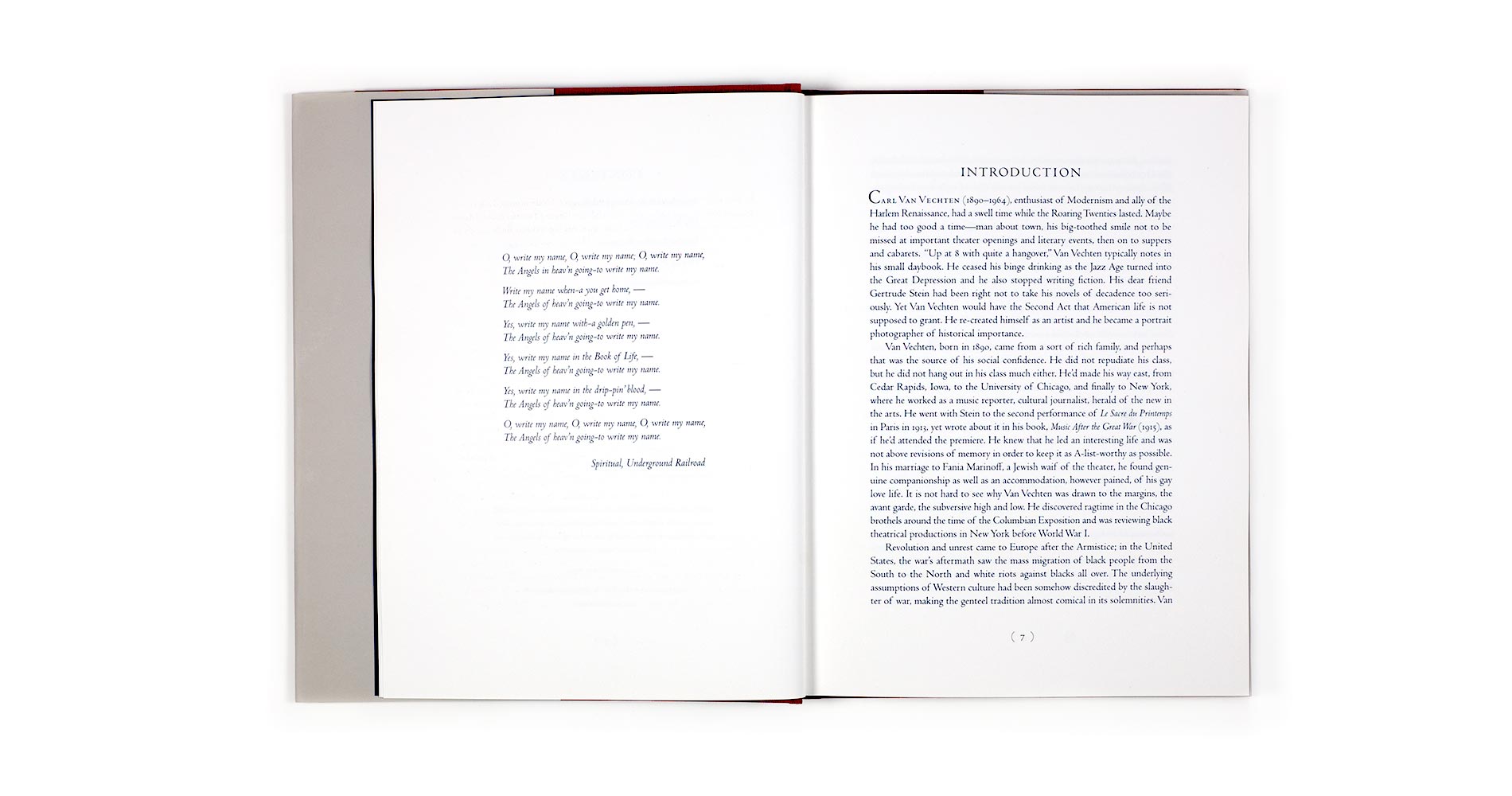 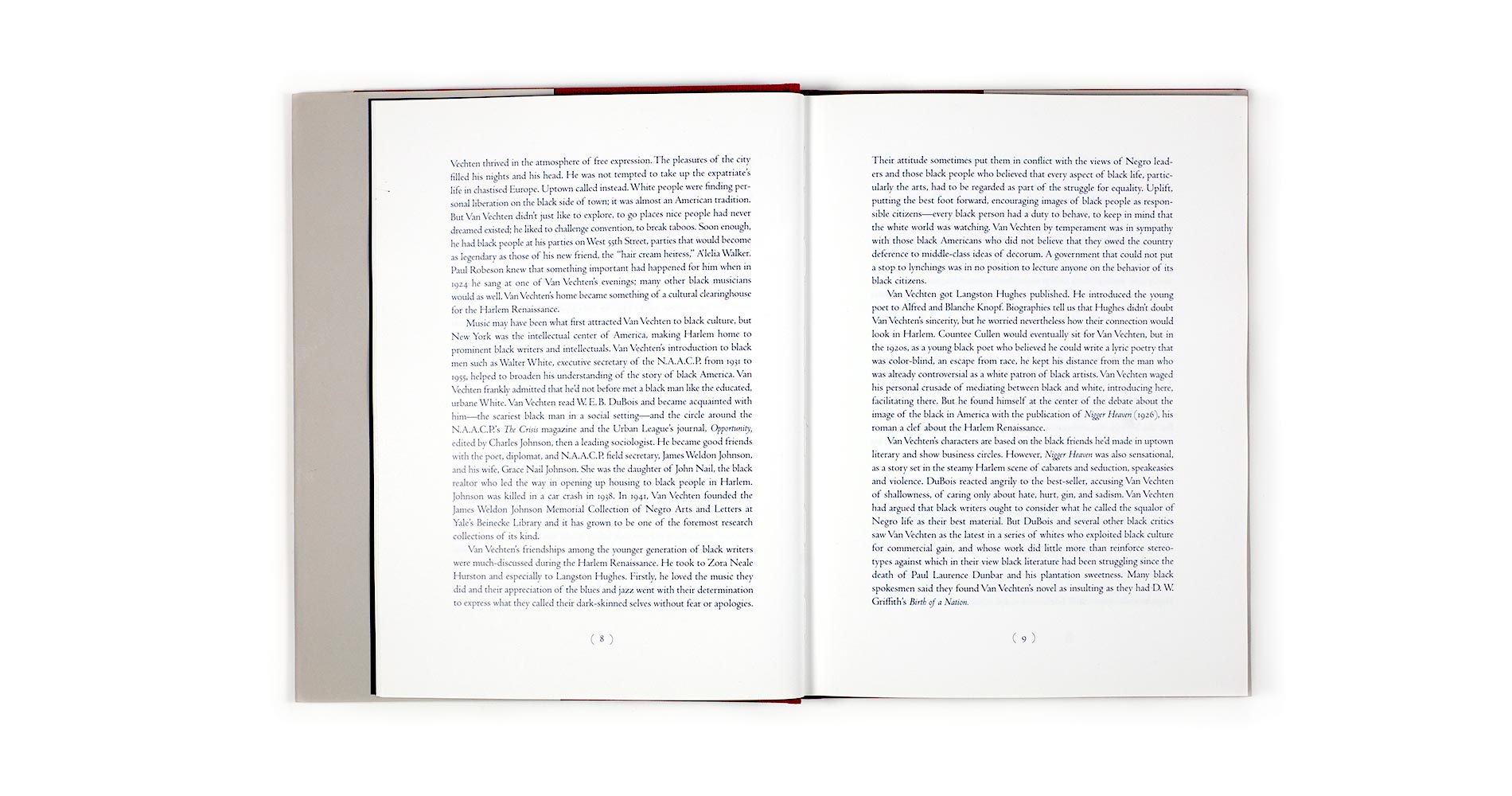 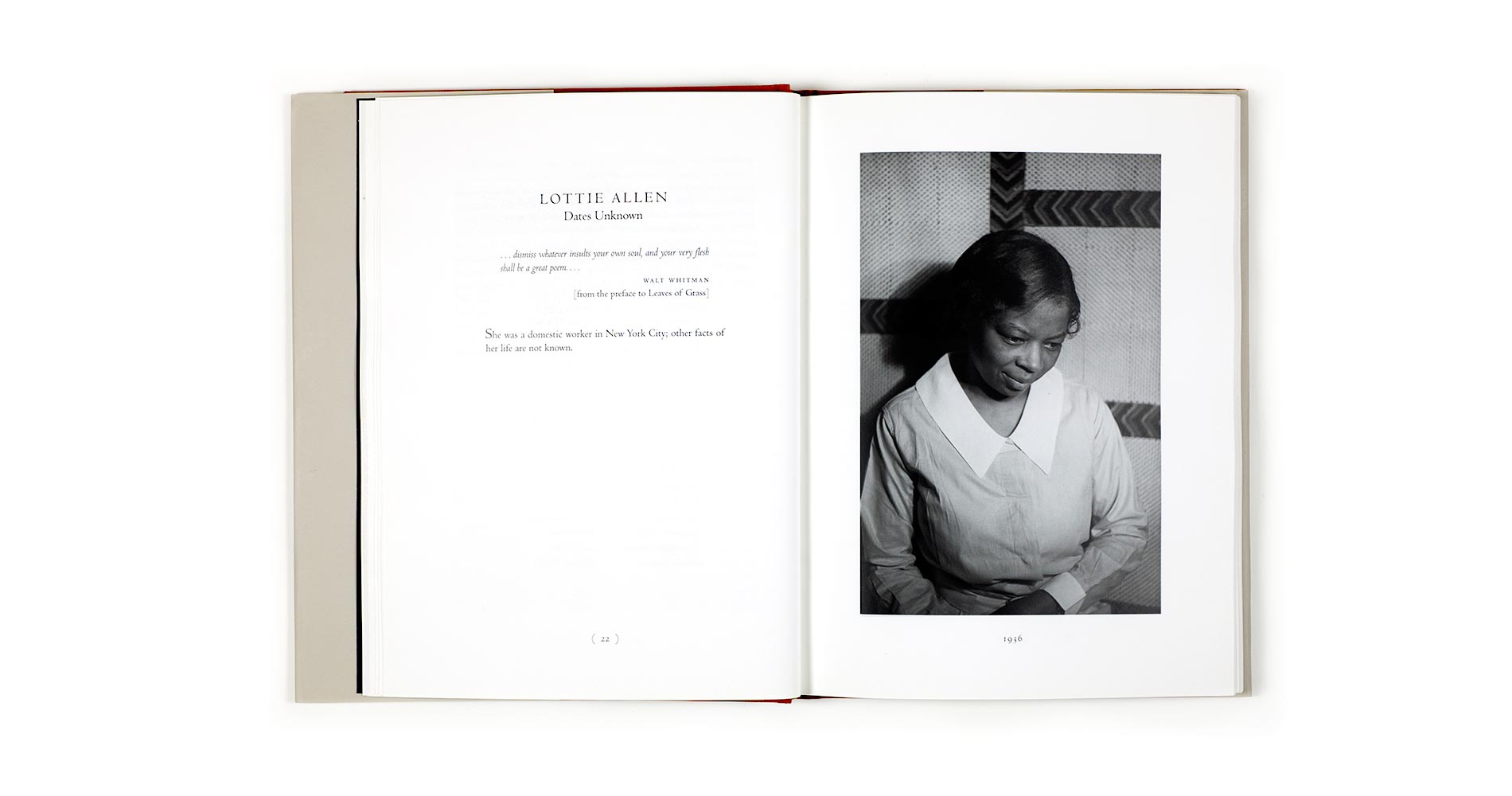 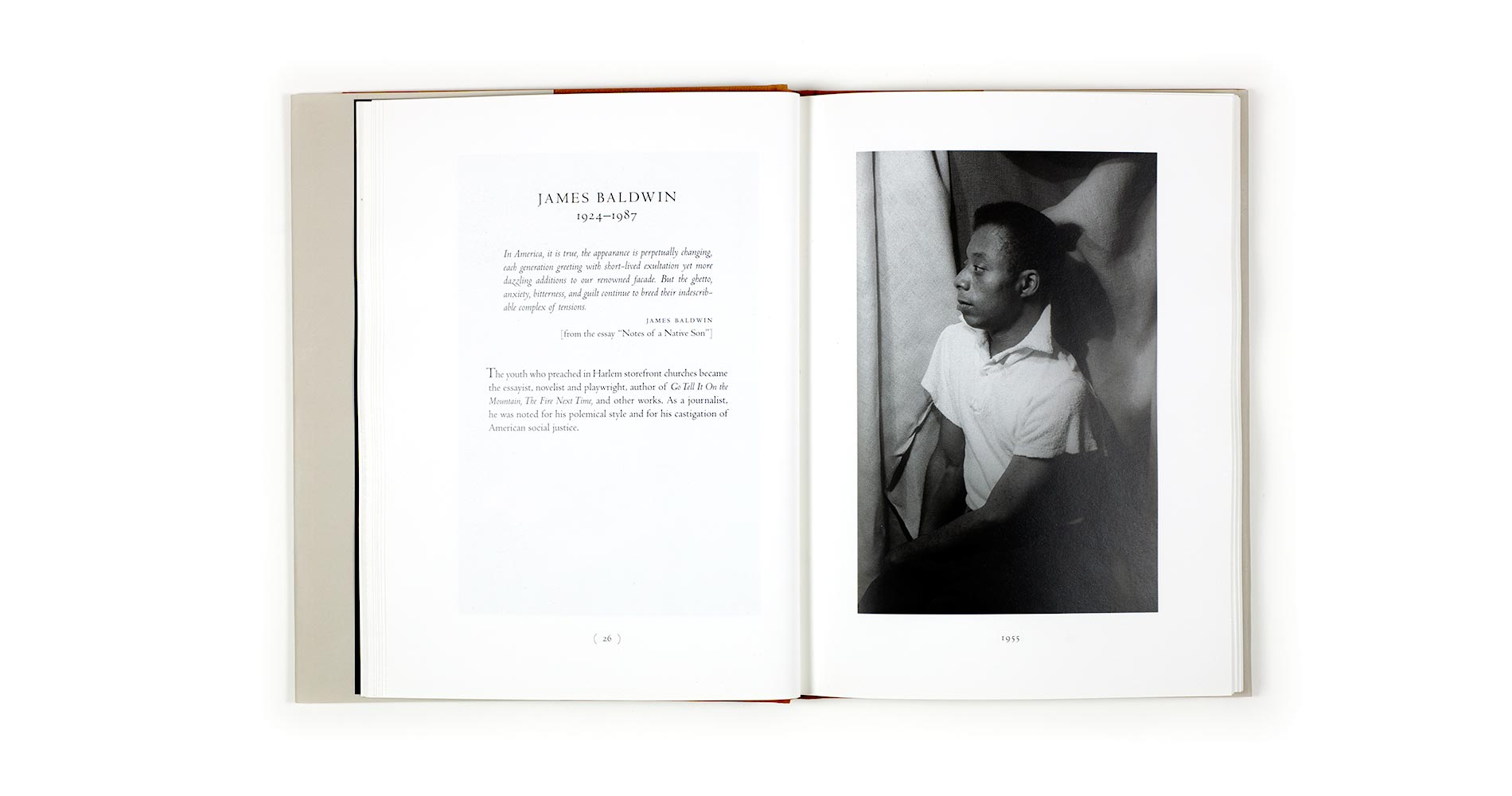 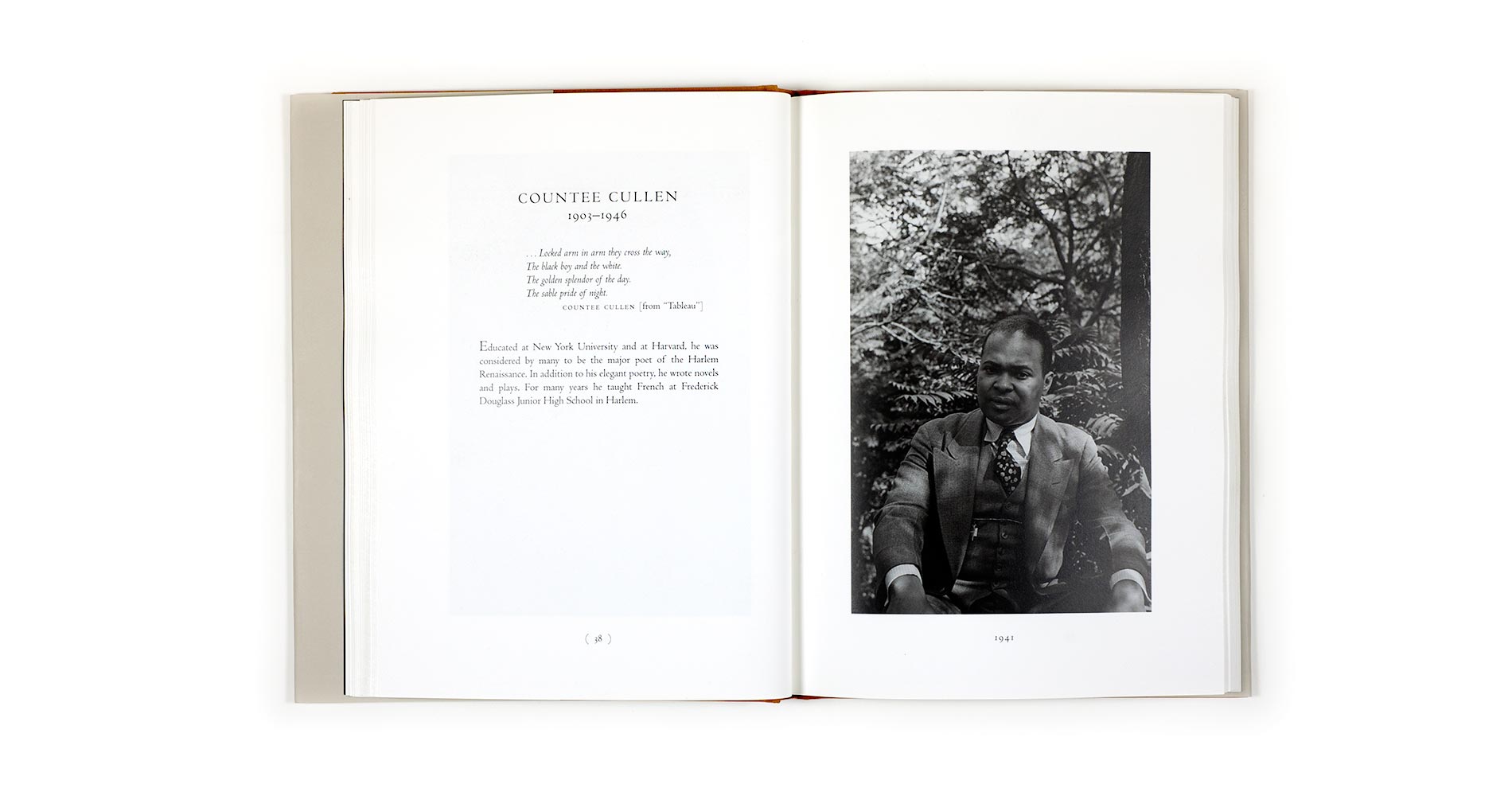 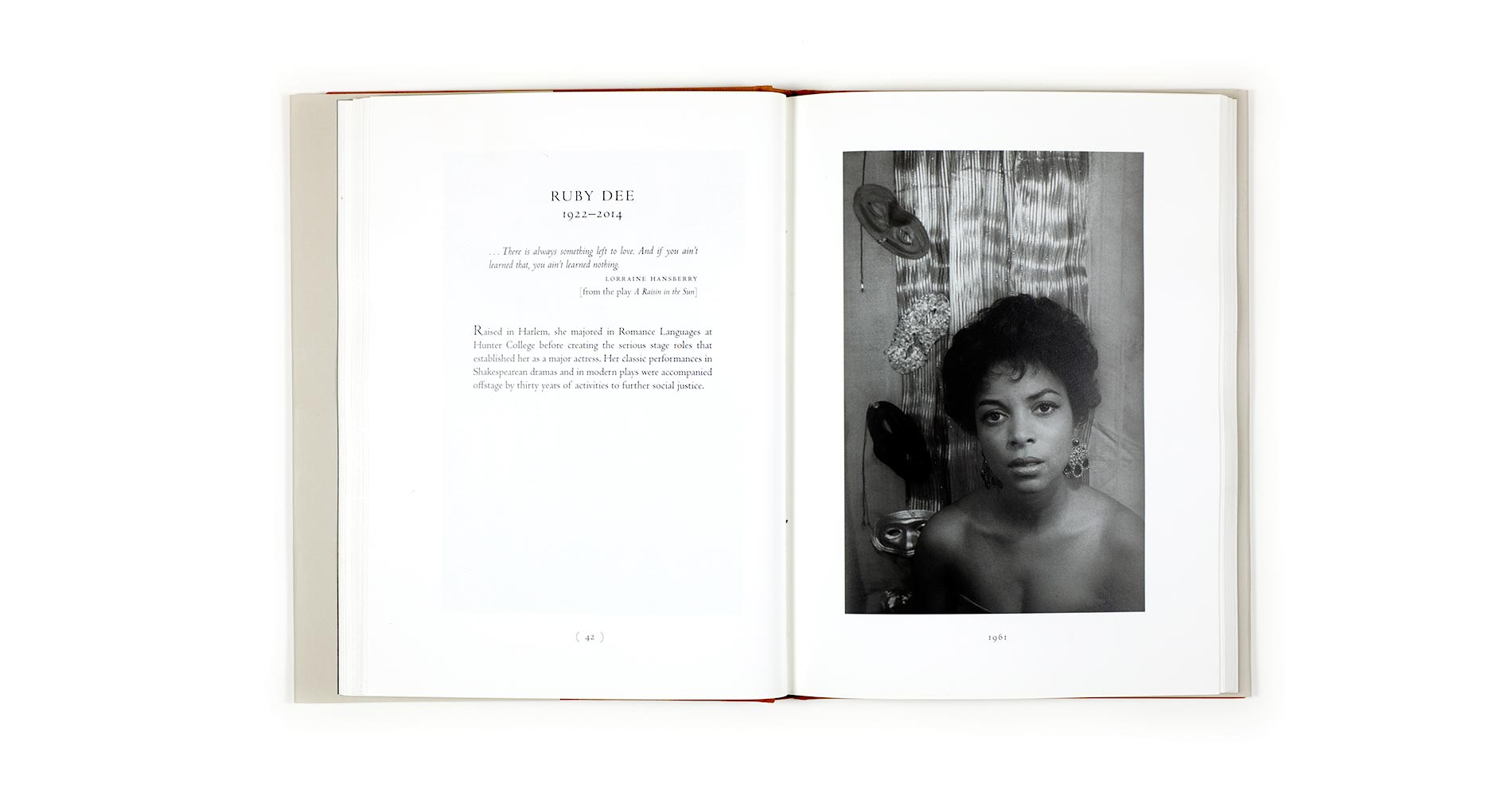 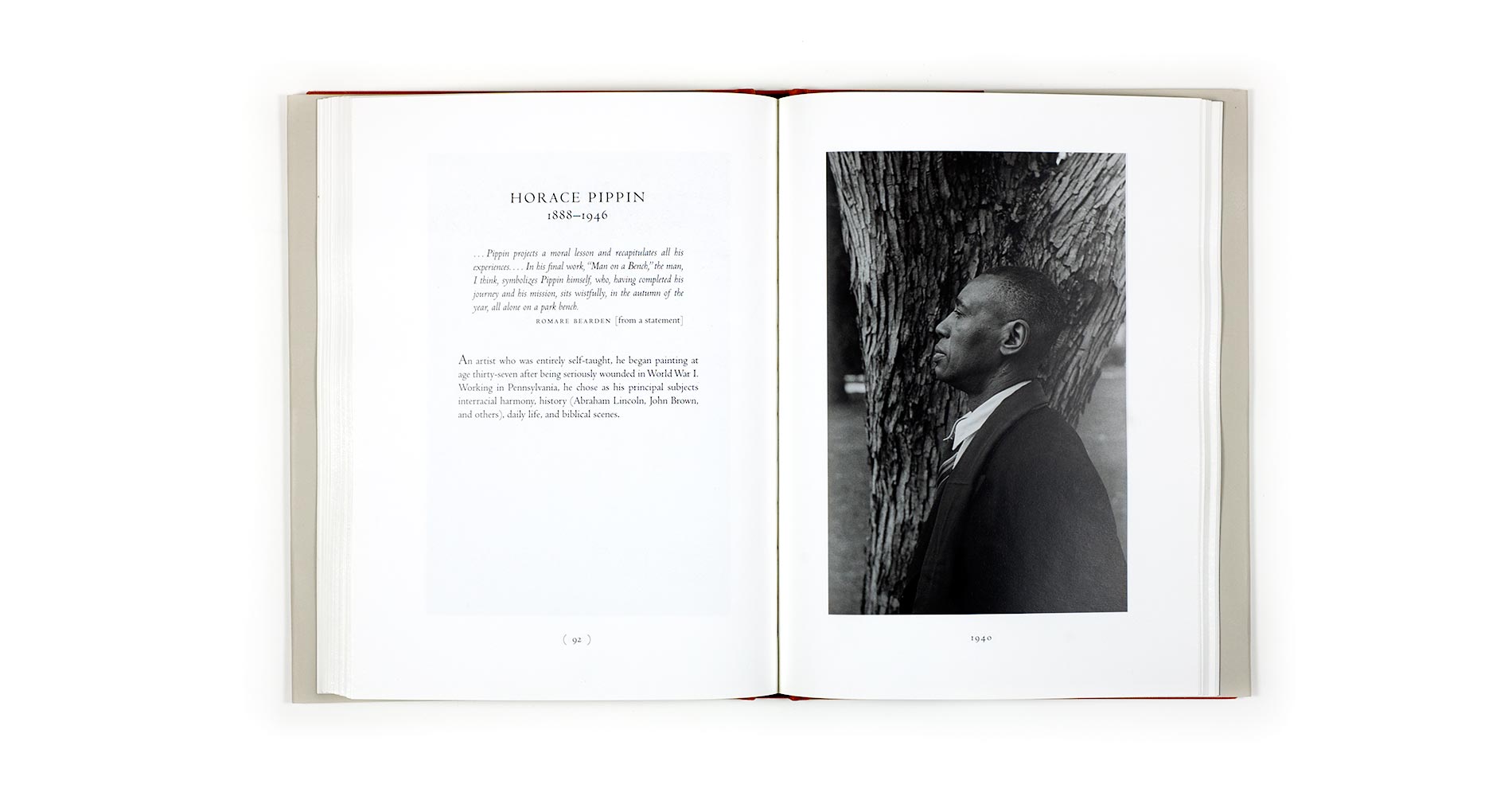 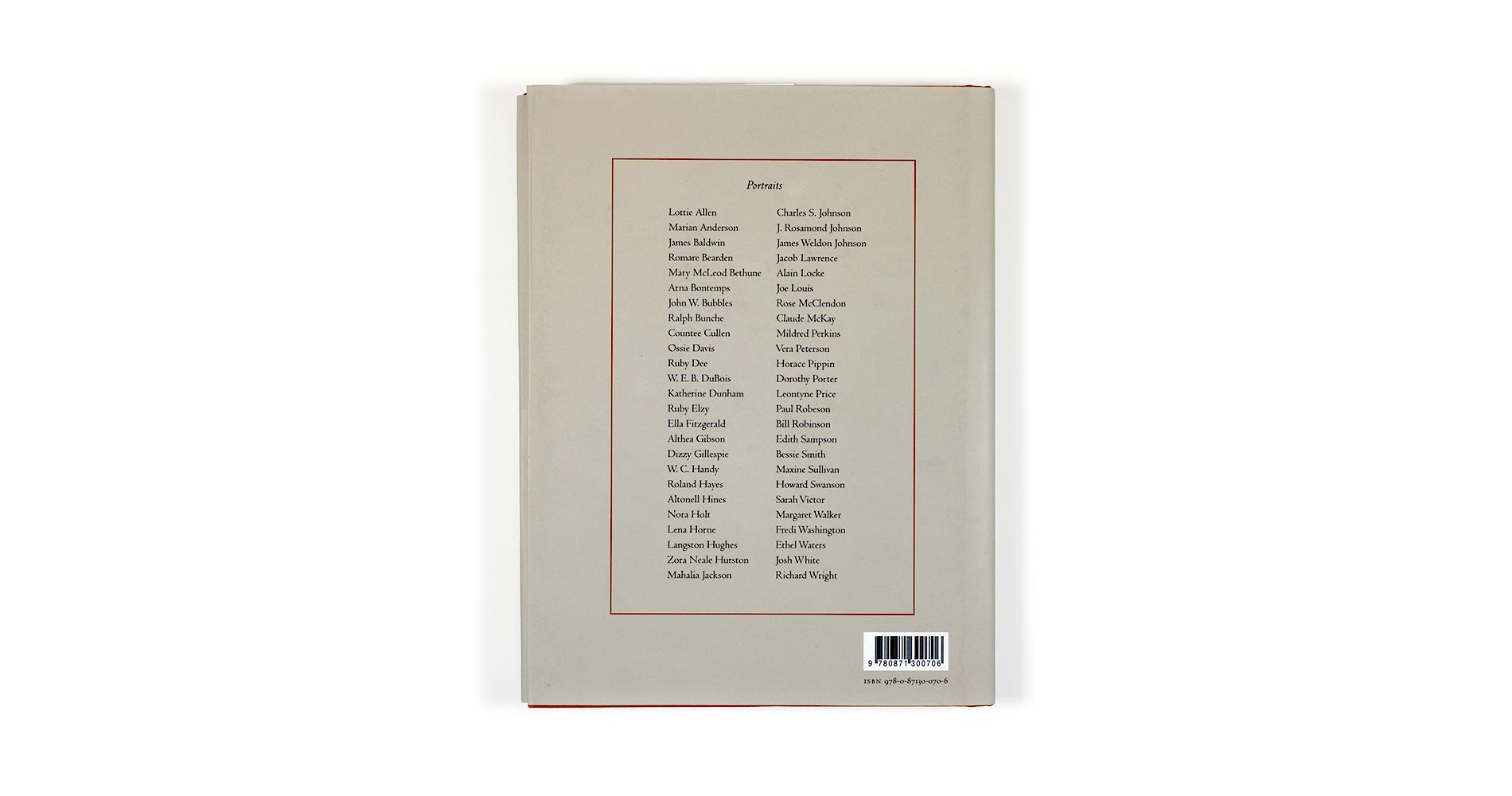 The Eye of Photography