A Burning Testament presents text by the writer and environmental activist Terry Tempest Williams with illustrations by the artist Mary Frank. It is the newest and most urgent in a long line of collaborations between these two brilliant artists. A Burning Testament is a passionate plea and a manifesto in defense of the earth, and specifically Williams's American West, written in the midst of the unprecedented, deadly, and widespread fires of this past fall. Williams's text inspired an outpouring of resonant images from Mary Frank, which are brought together in this modest format – something like a secular prayer book from the cathedral of nature.

A portion of this text appeared in a special episode of The Daily, a New York Times podcast, on September 18, 2020, hosted and produced by Bianca Giaever.

"Let this be a humble tribute, an exaltation, an homage, and an open-hearted eulogy to all we are losing to fire, to floods, to hurricanes and tornadoes and the invisible virus that has called us all home and brought us to our knees. We are not the only species that lives and loves and breathes on this miraculous planet called Earth." –Terry Tempest Williams

Edited by Peter Kayafas; Designed by Julie Fry; Printed by Studley Press, Dalton, Massachusetts under the supervision of Suzanne Salinetti 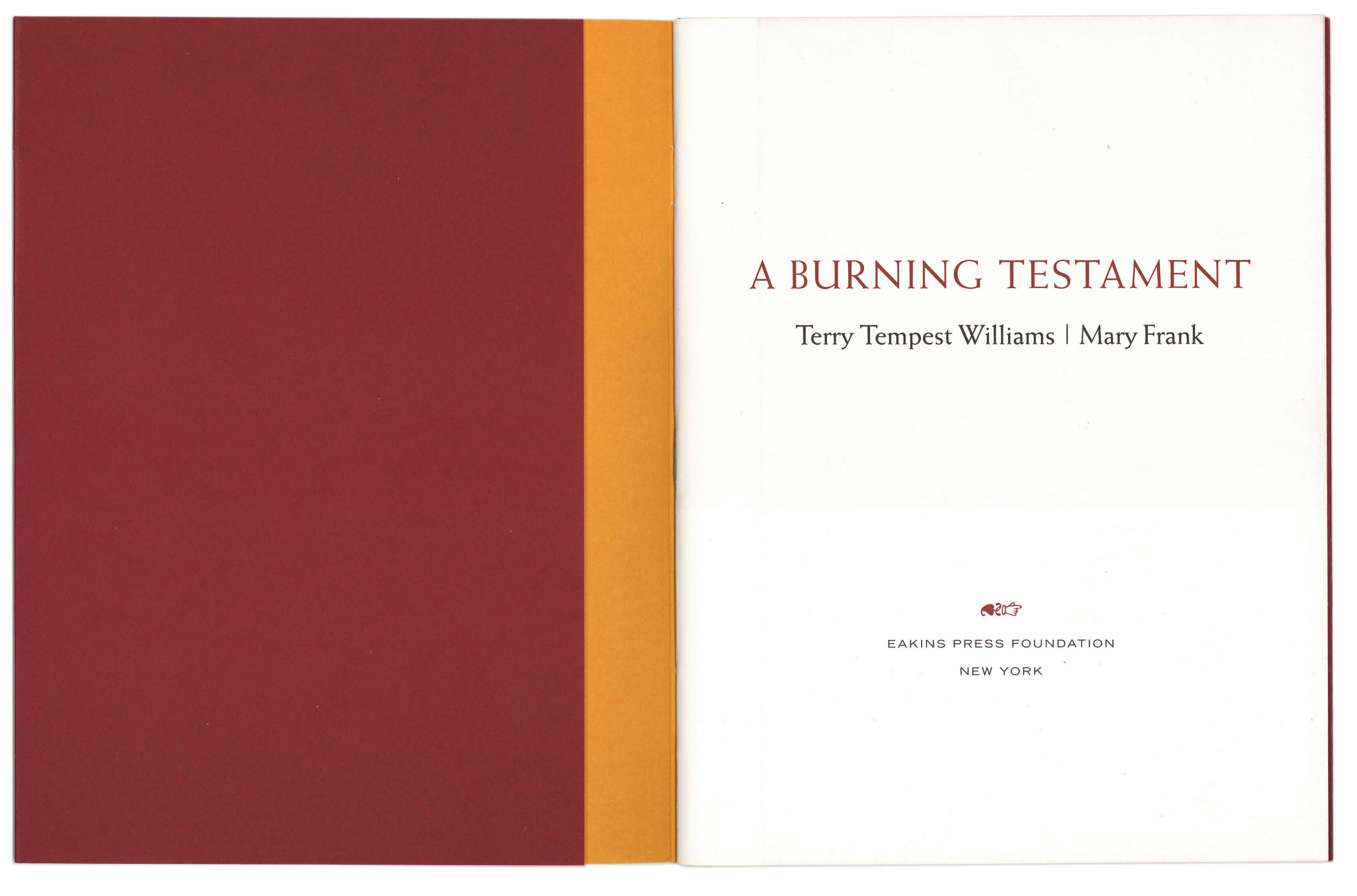 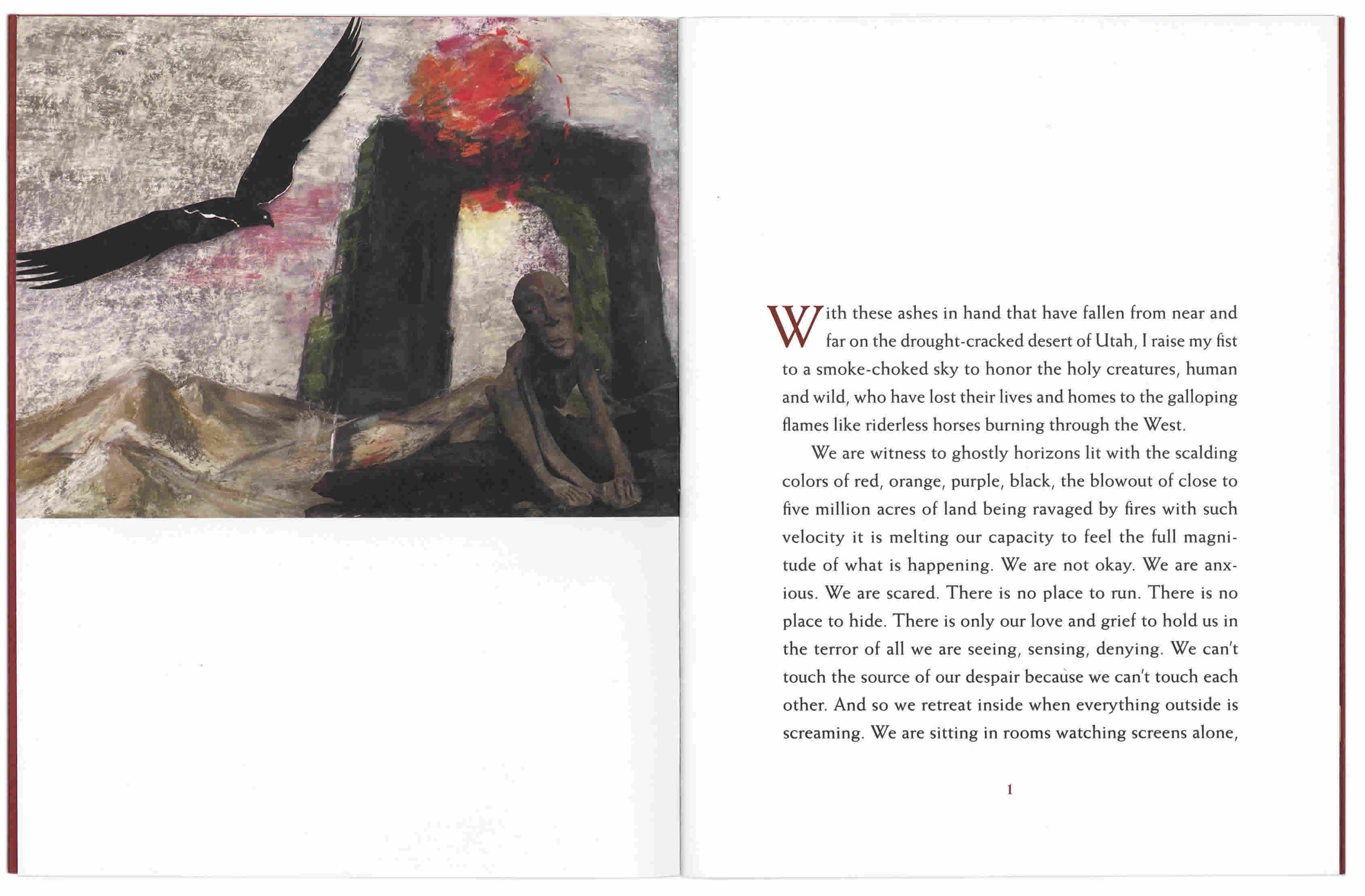 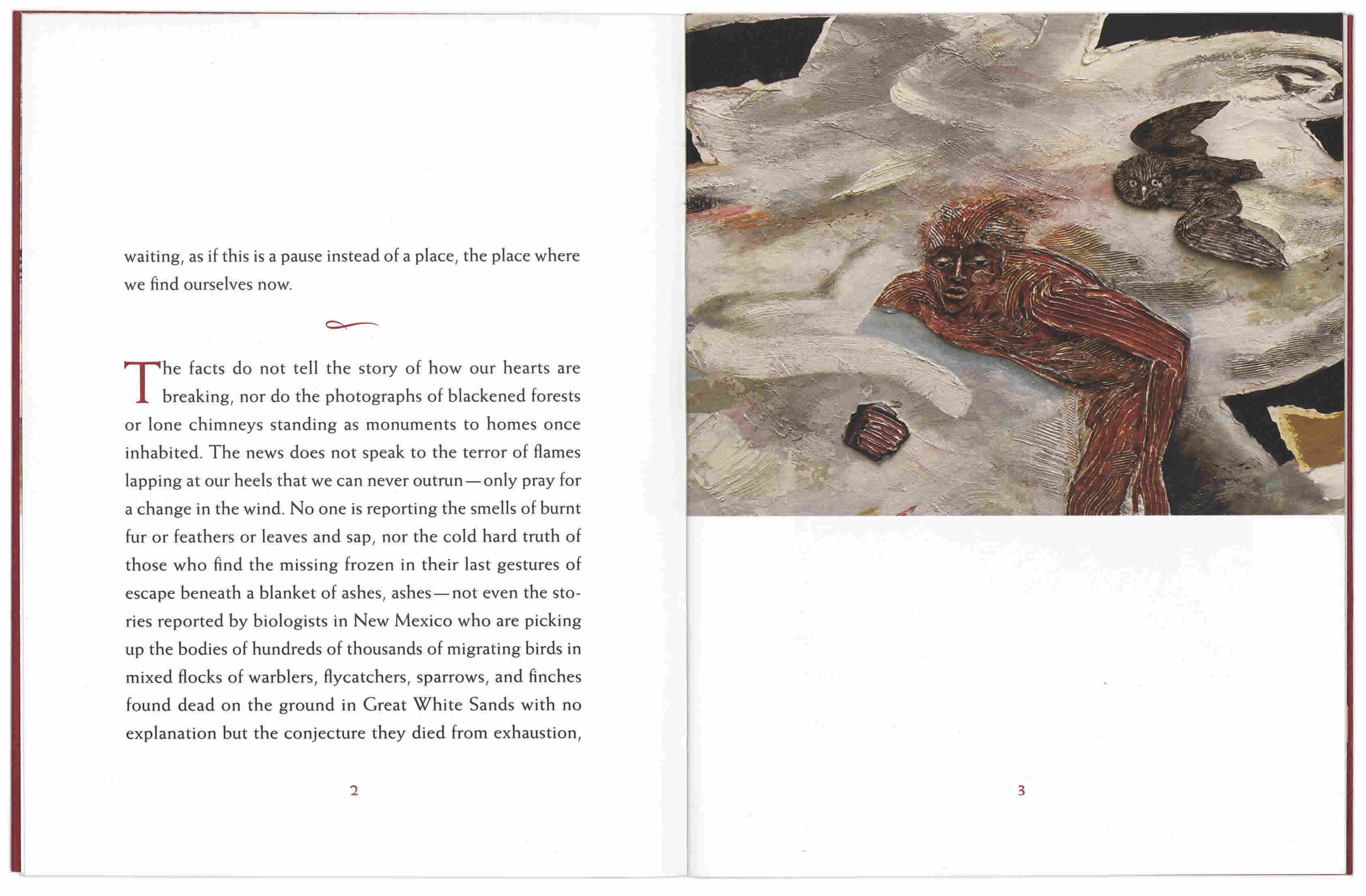 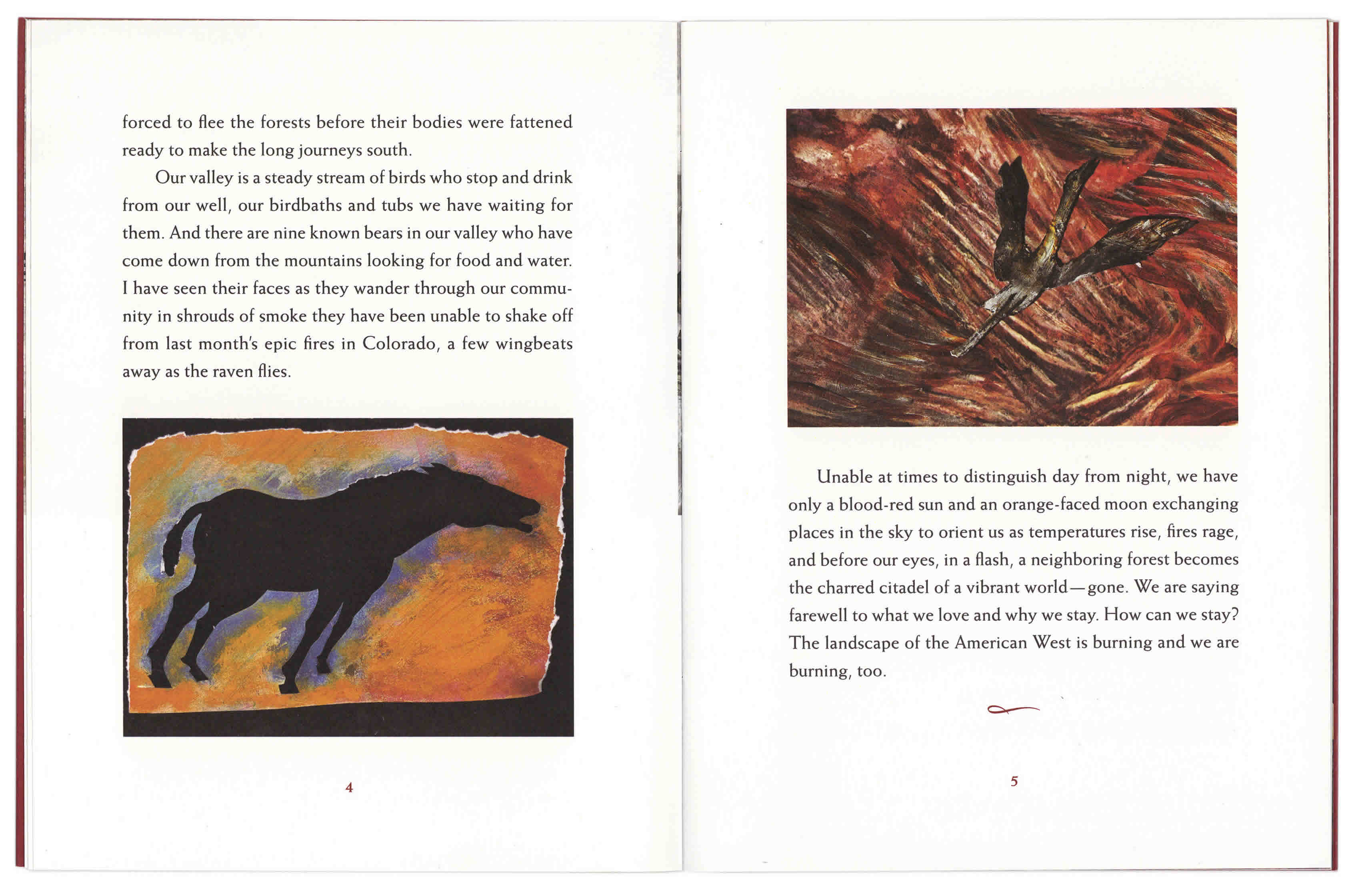 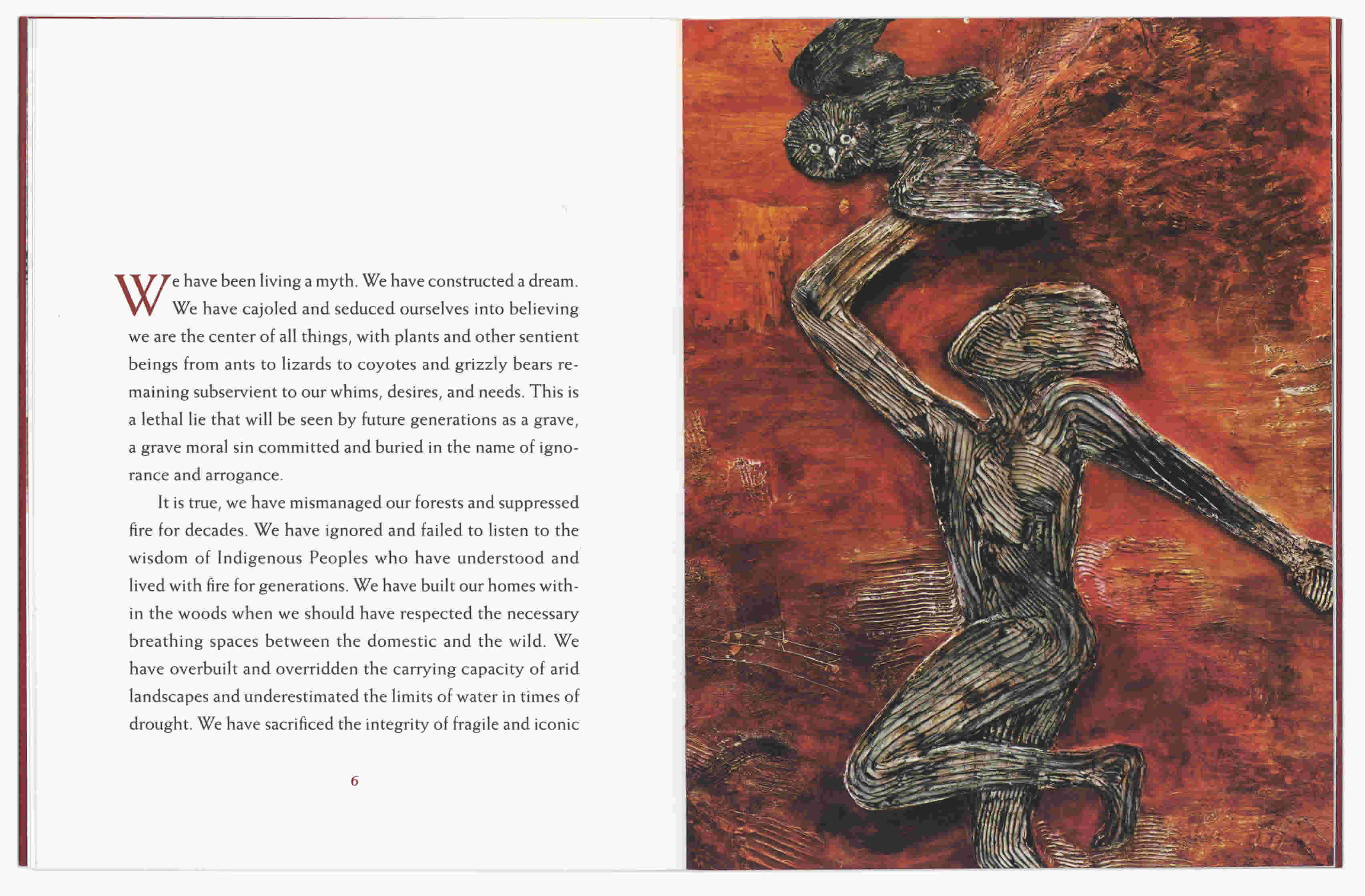 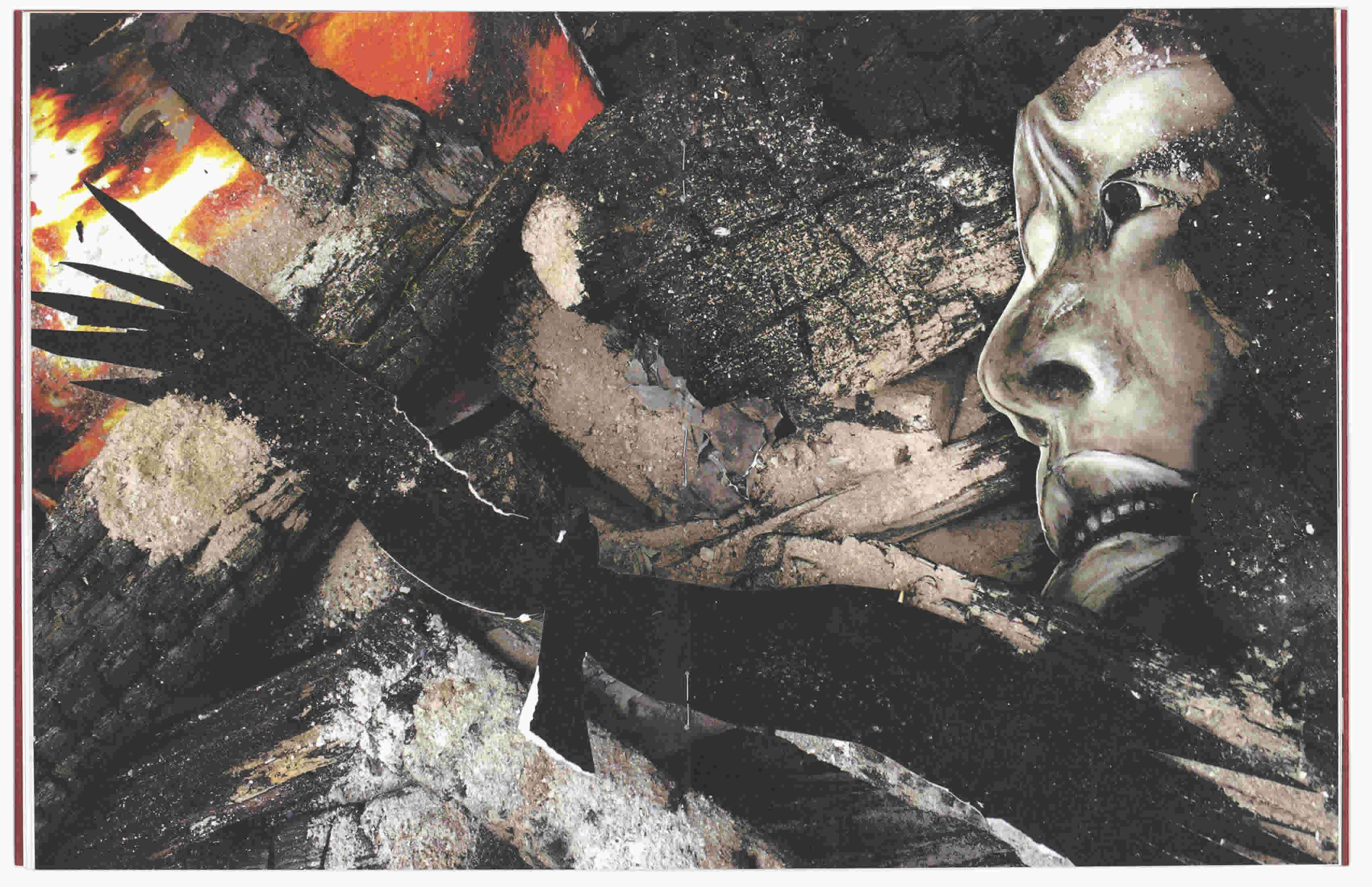 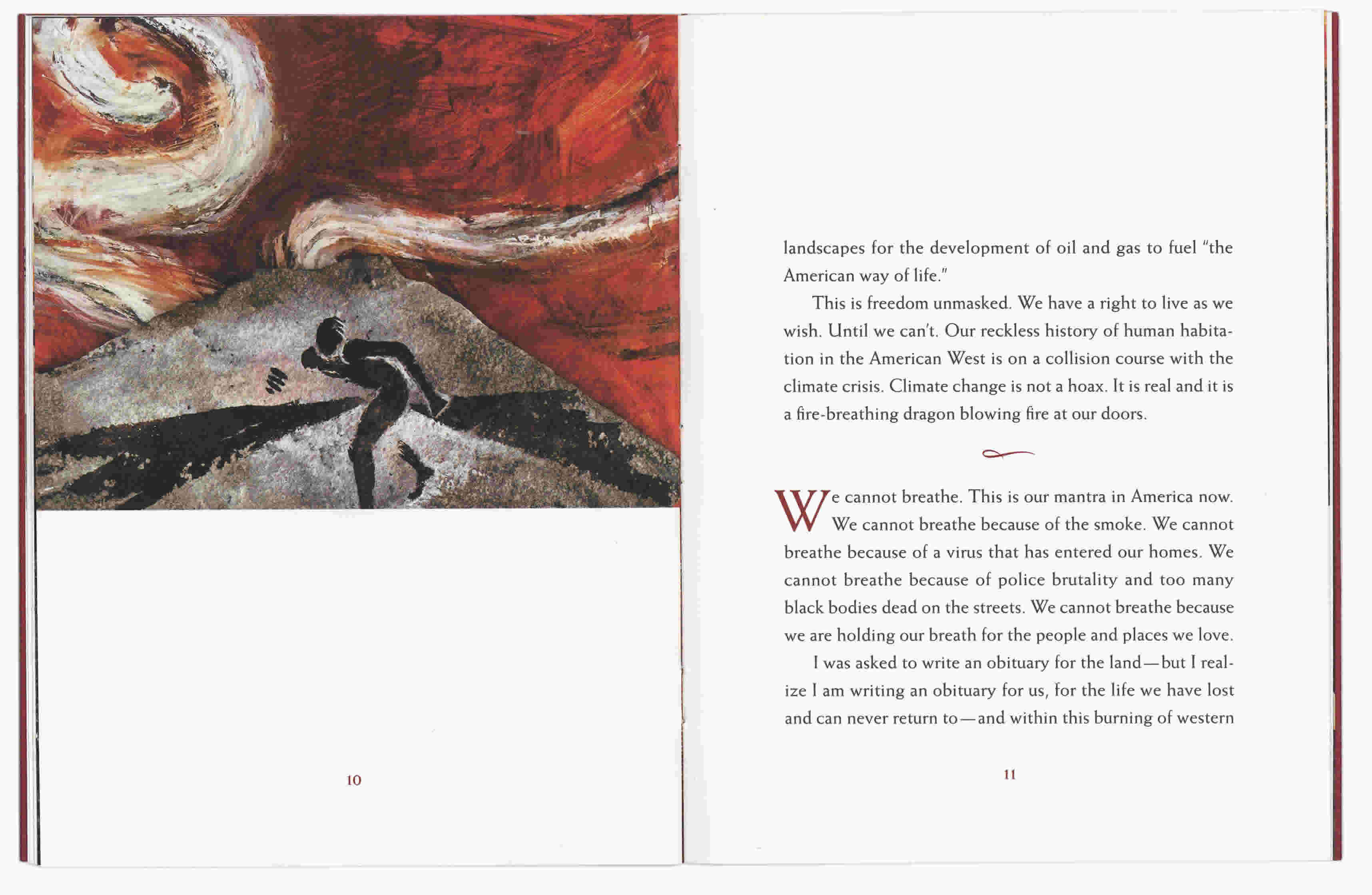 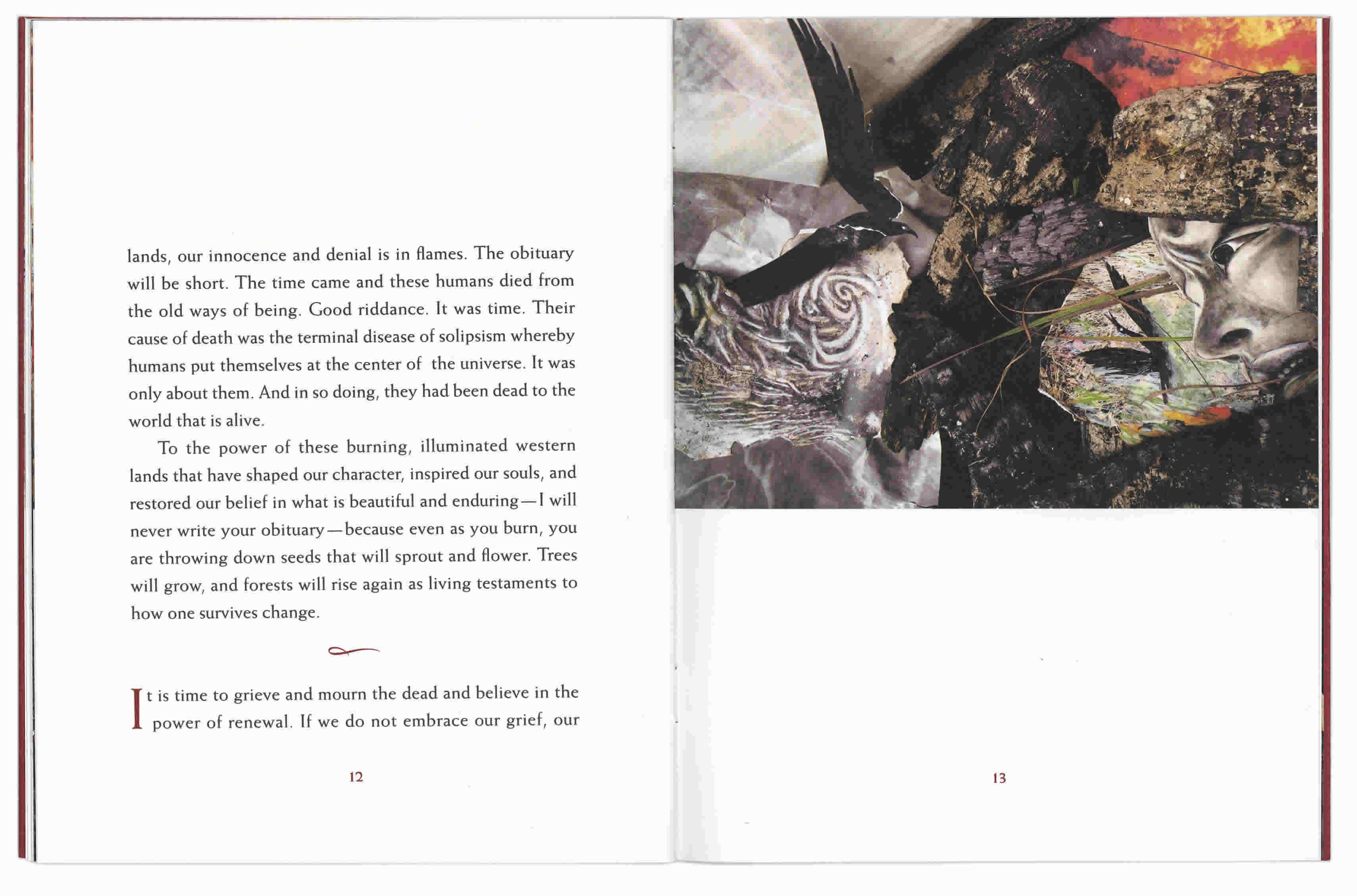 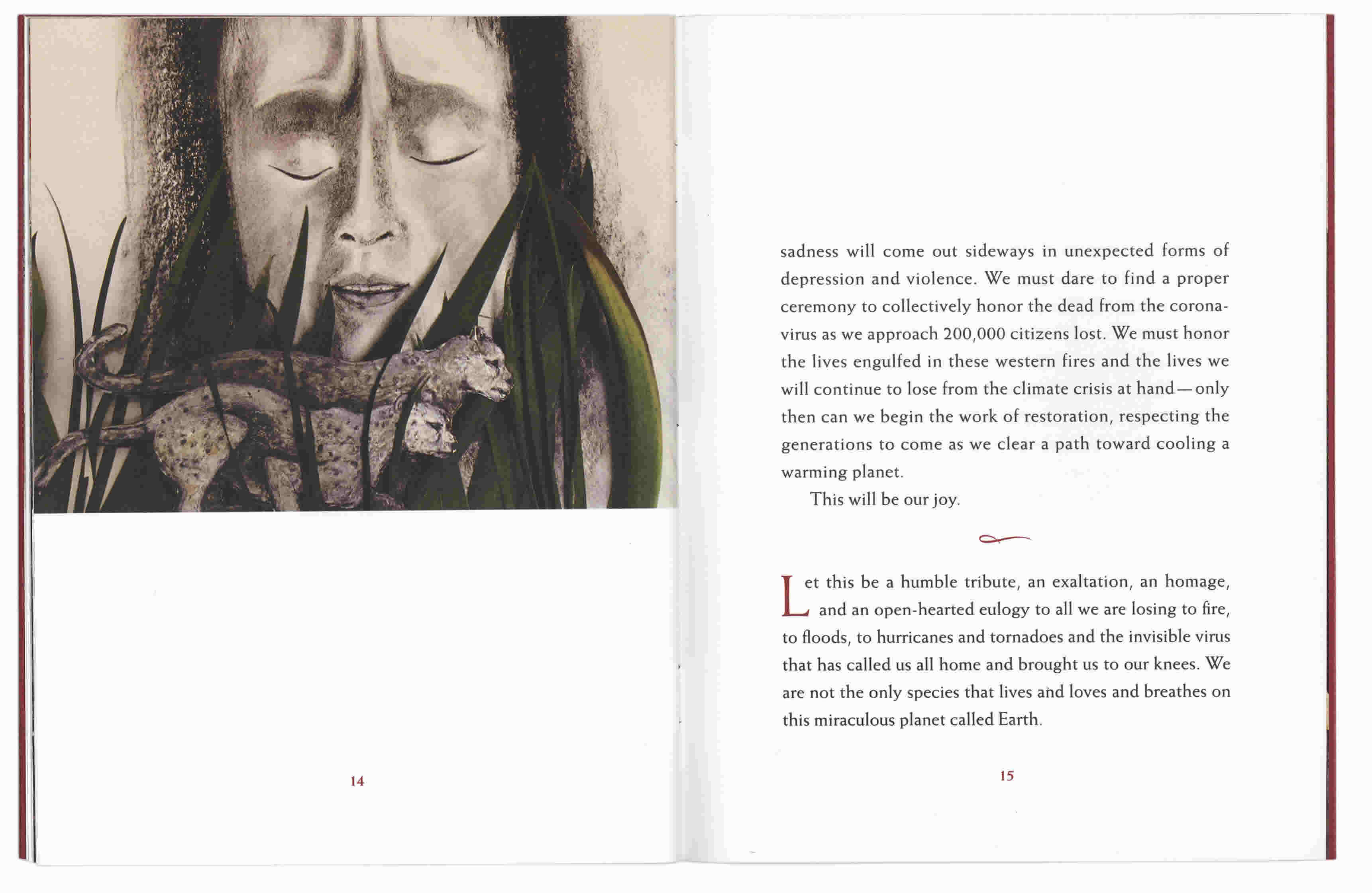 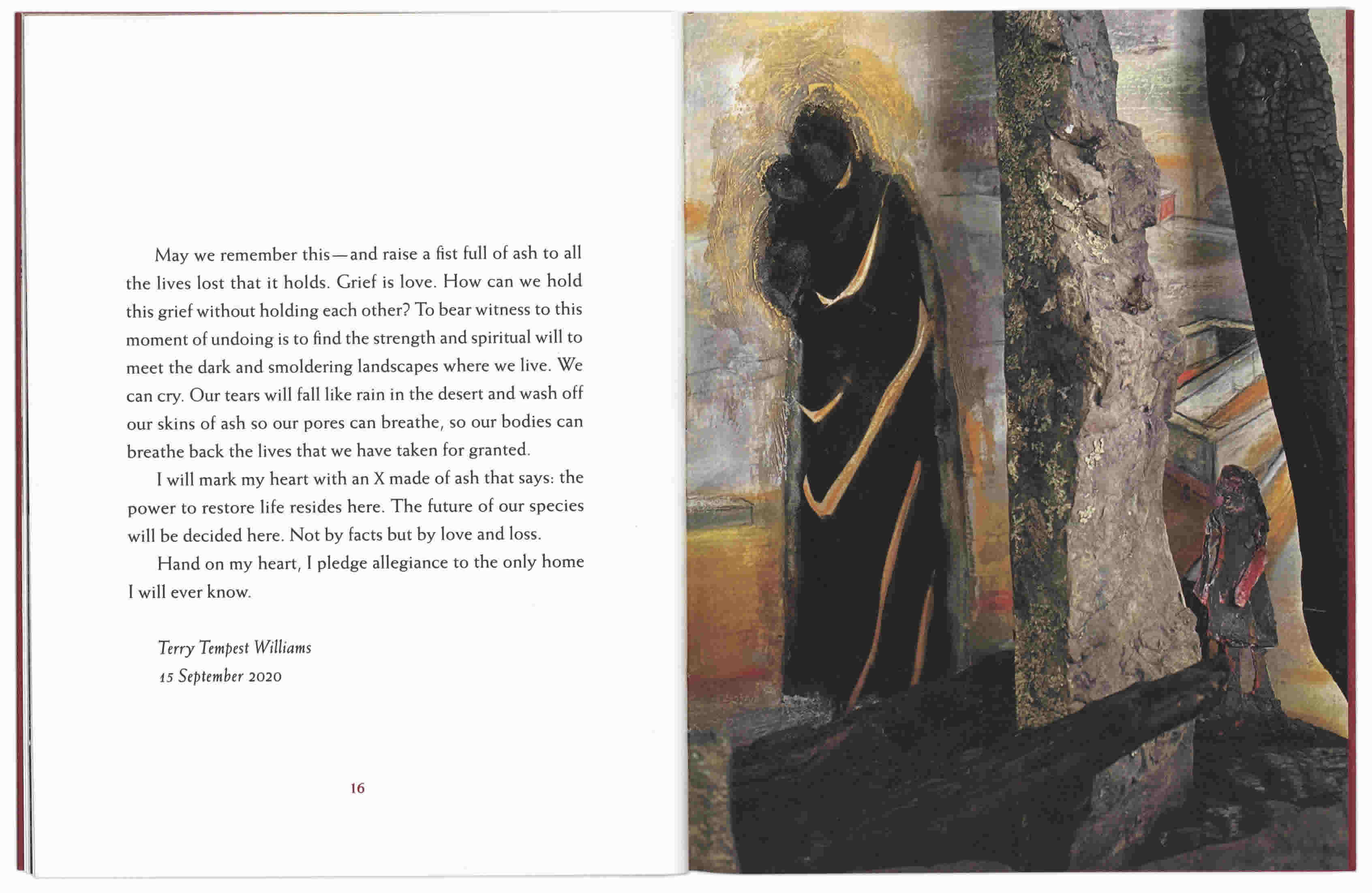 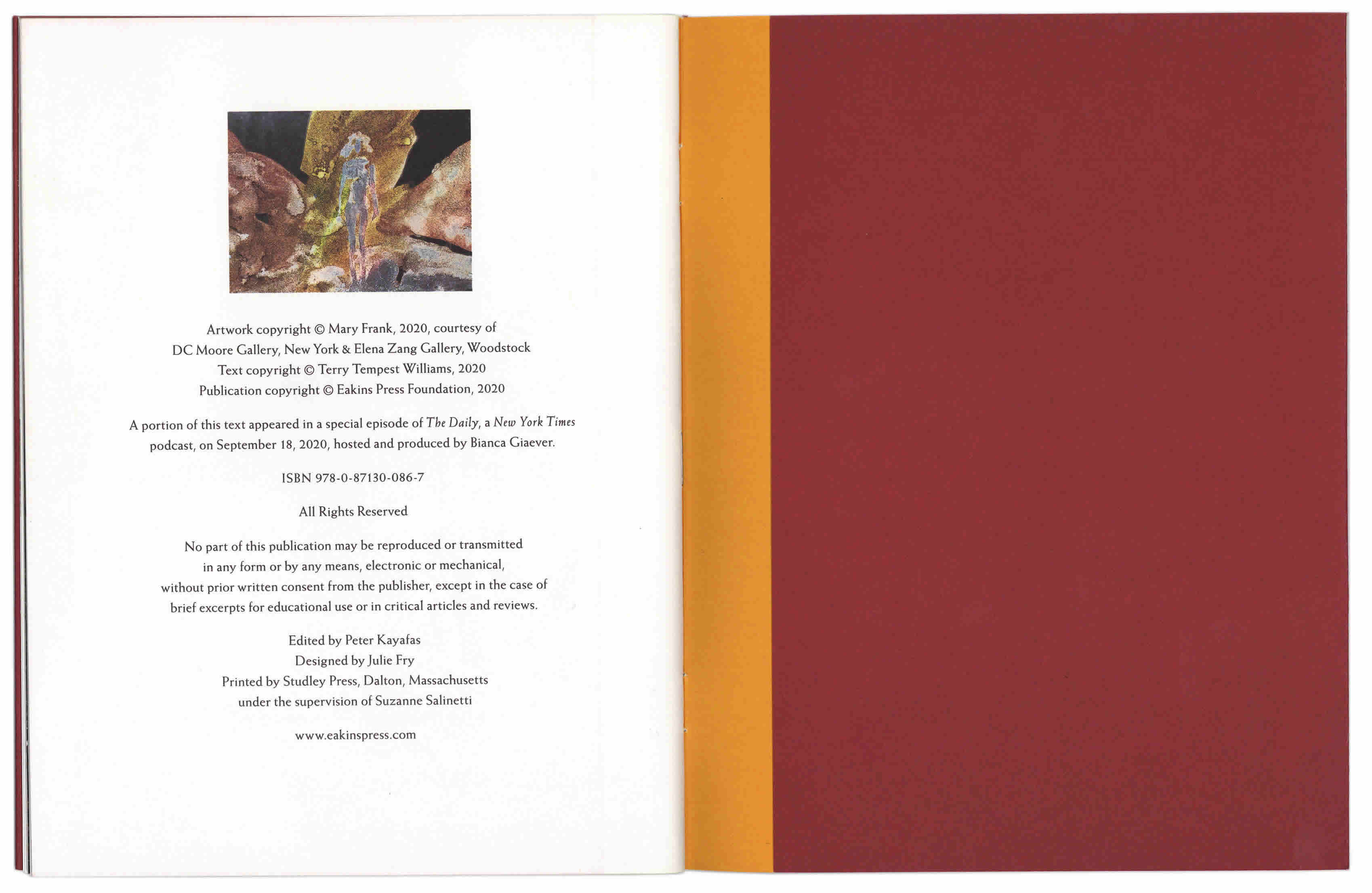 Review “From Facts to Wonder: Mary Frank’s Enigmatic Figures” by Glenn Adamson Art in America
March 8, 2022
Review "The Pall of Our Unrest" by Terry Tempest Williams

Terry Tempest Williams featured in the New York Times reading her ‘Obituary for the Land.' She implores us: let it not be true.