A Tribute to Nora Sayre

Organized and edited by Prudence Carlson and Peter Kayafas

A book of this nature is more than a collaboration; it is, rather, a communal enterprise. Each reminiscence that appears here is a gift to the other contributors, to the greater circle of Nora’s friends and, most expansively, to the diverse worlds which Nora brushed against and through which she moved. This book of tributes has become, in the making, a little history of its own, and, like one of Nora’s own coruscating essays, throws light not only on its subject but also on her times— on Nora’s highly interesting cultural, political and social milieus. We are grateful to the contributors for their generosity of spirit, candor and thoughtfulness, which inform so evocatively each of the pieces collected here. As they have created this book’s content, two special angels, Emily Taylor Cripps and Nita Colgate, have made its publication possible through their material support. We wish to thank The New York Public Library for its meticulous work in preserving, cataloguing and making publicly available “The Nora Sayre Papers: 1940-2001” (which include as well the papers of Nora’s father, Joel Sayre). We are also deeply grateful to The Corporation of Yaddo for its role in helping Nora’s friends establish, in perpetuity, The Nora Sayre Residency for a Nonfiction Writer. The elegance of this little book is the handiwork of the designer Howard Gralla, and we believe Nora would have appreciated it as a fine garment. The shared enterprise of all whom we thank is, of course, Nora’s ongoing presence. While her books, essays and reviews remain the most immediate vehicles of her sensibility, captured here are the human traces, varicolored and still forever a little mysterious, of her life. 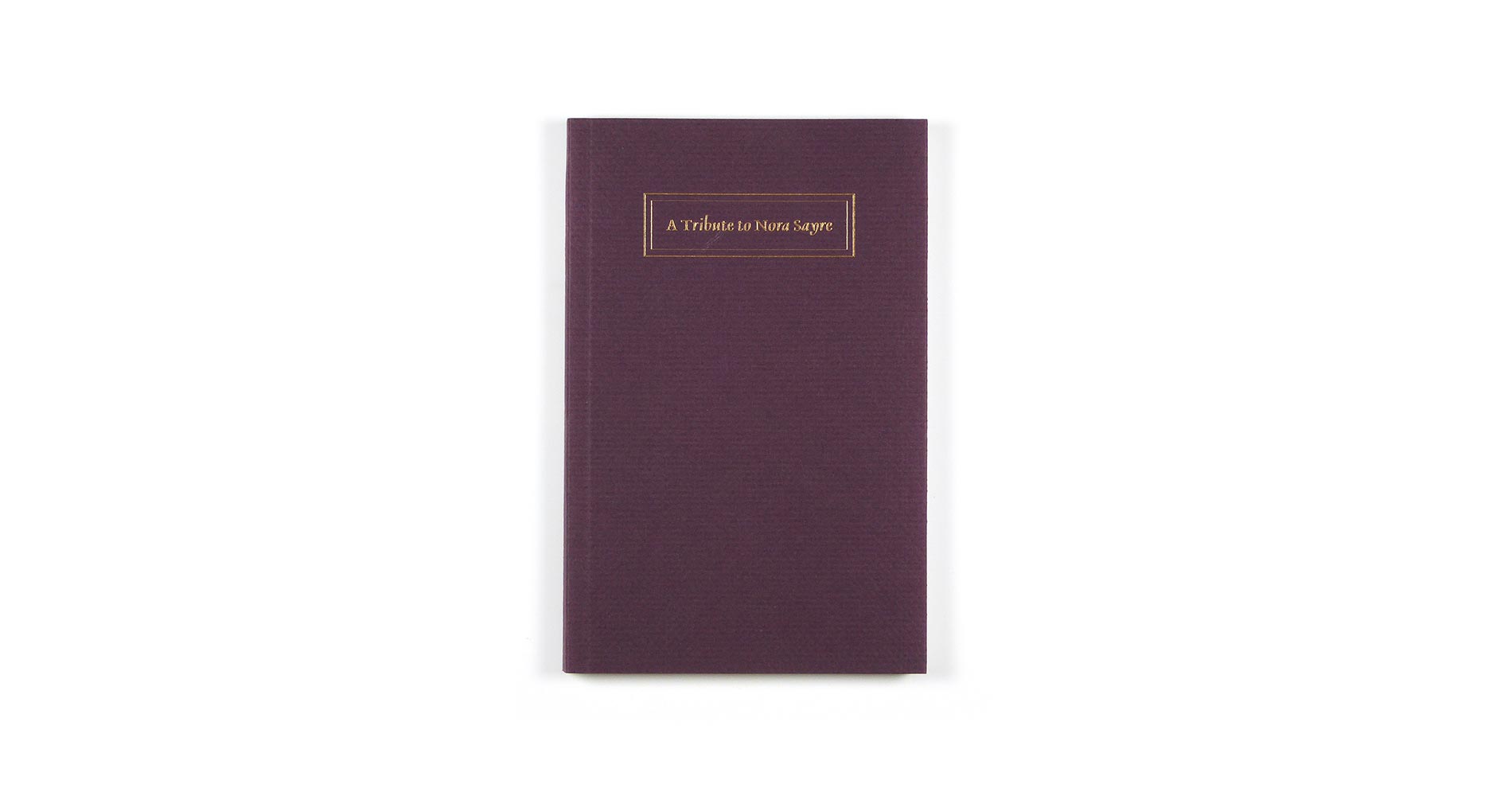 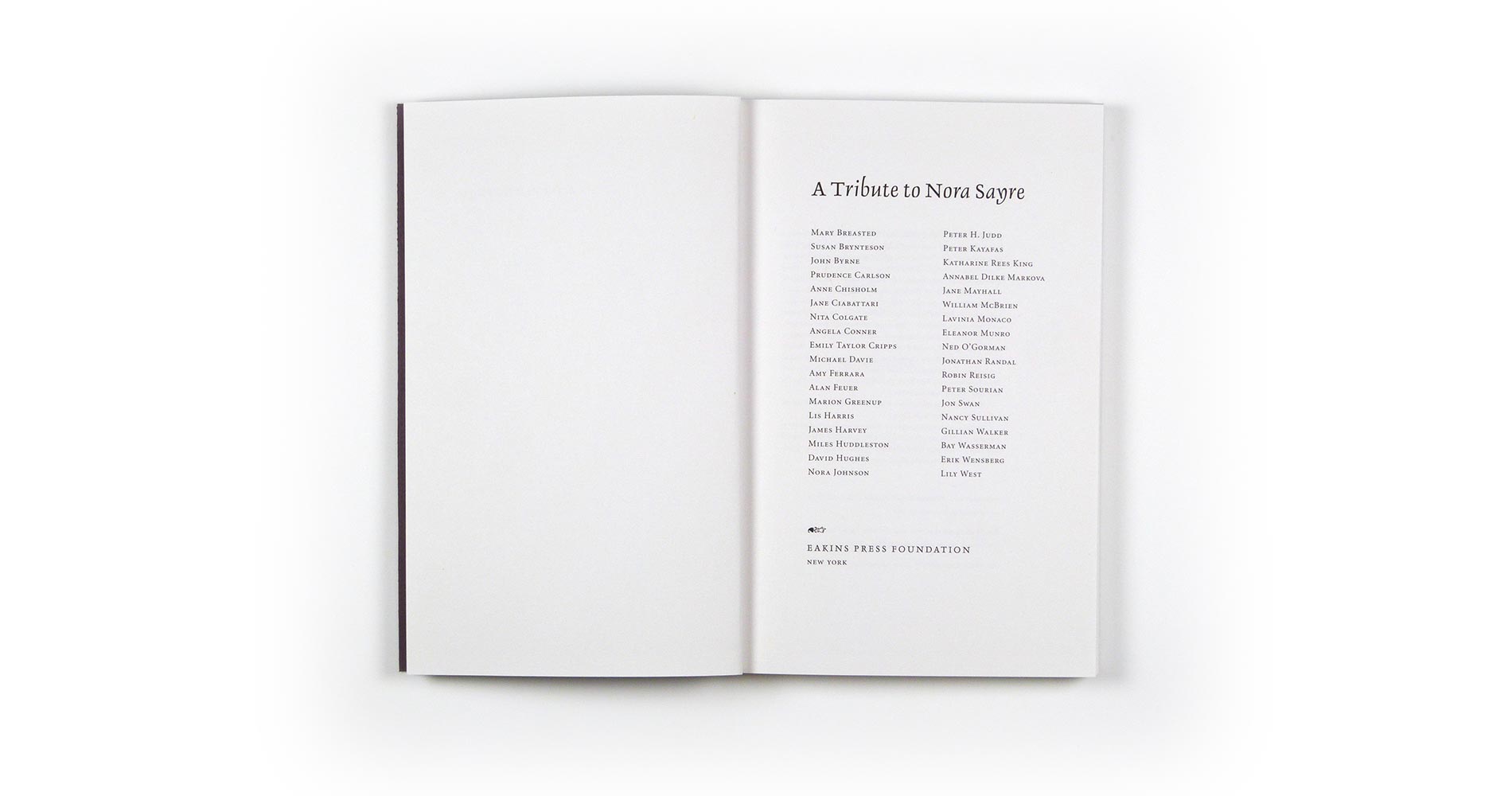 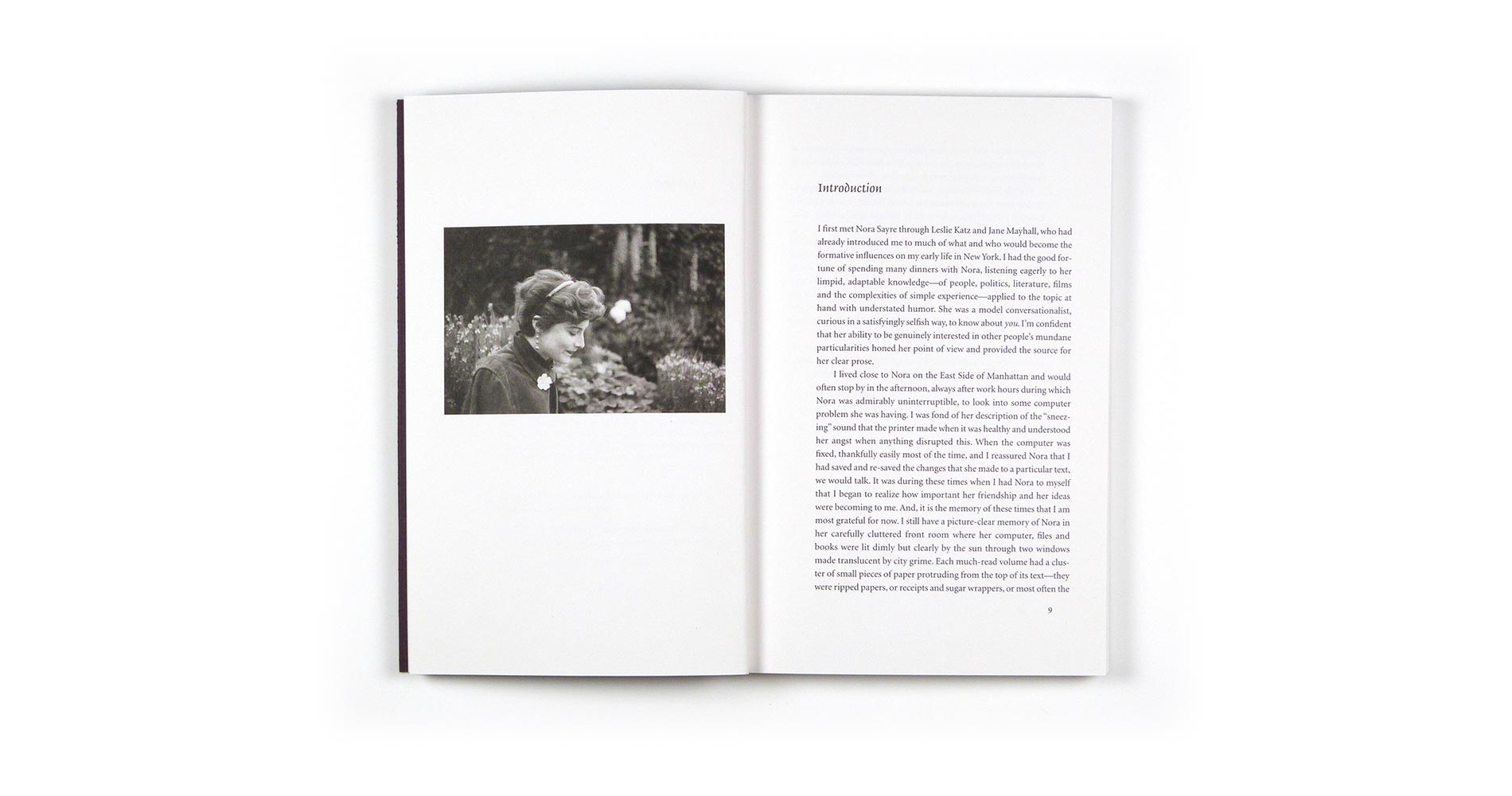 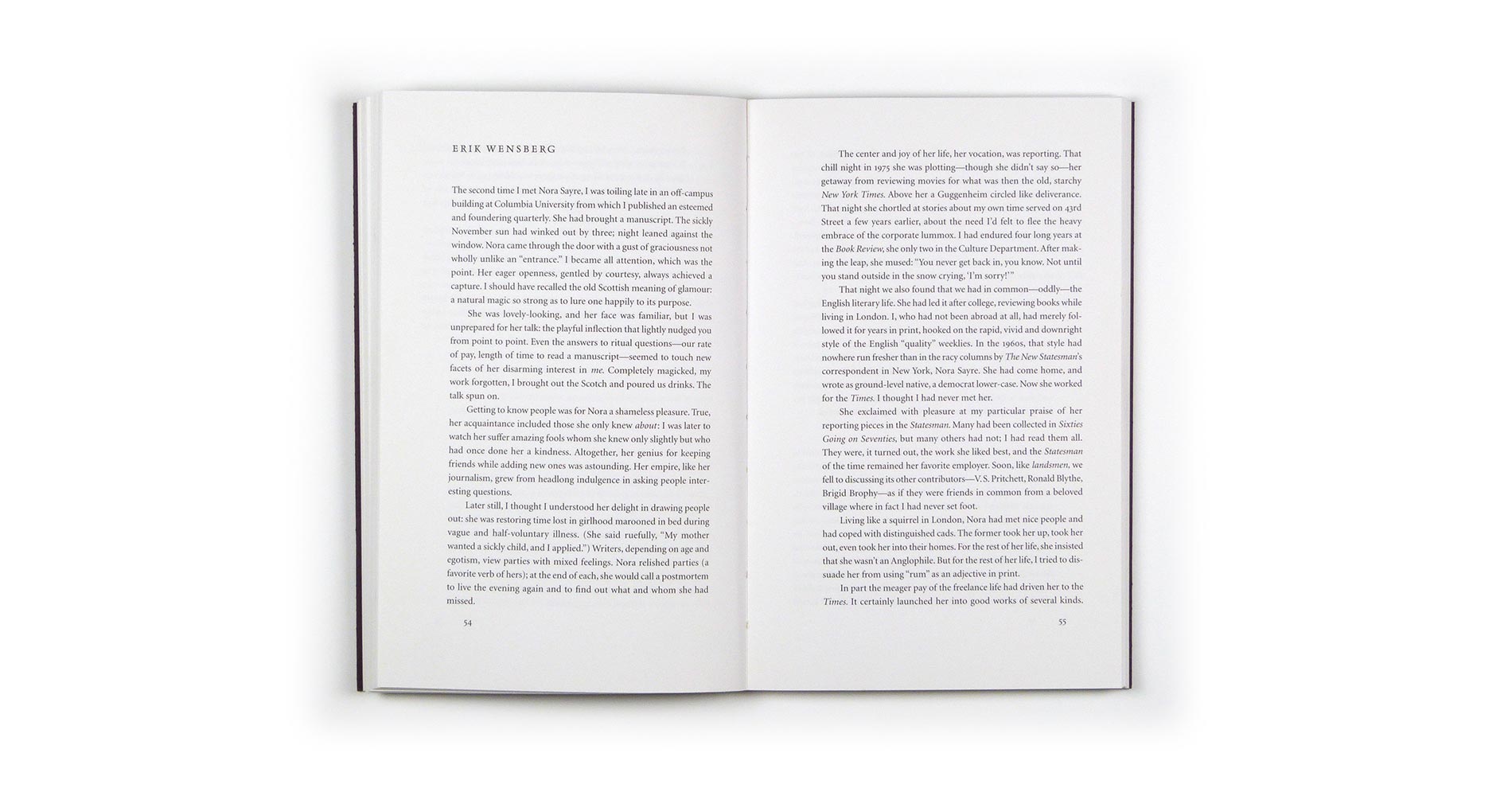