The pieces collected in Lincoln Kirstein: The Program Notes are all short essays in persuasion, to an extent rarely encountered in the obscure literary form of the program note. Never missing a chance to make his case, Kirstein used the program note not only to provide useful information but also to beat a drum for the value of the classical idiom, the intimacy achieved by the greatest choreographers and their living or historical musical collaborators, and the importance of the form itself.

The early program notes are experimental. Kirstein is himself learning about ballet and passing this knowledge on to his readers. But he is also publishing a manifesto, just as many other artists of his time were doing. As a classically educated young American, he freely embraced the canonical art forms of Europe, but he also espoused a New Deal faith in the power of American culture to transform traditional modes into populist expressions with a native resonance.

Those who understand his project of uplifting the culture of this land know why he called it the School of American Ballet. The development of this idea over decades, from the founding of SAB to his last years in charge of City Ballet, are subtly revealed through these notes. In them, one passes from the effrontery of early declarations of Balanchine's breaks with tradition, to his later explanations of how deeply imbedded in the classical line Balanchine's art actually was. In the same evolution, one hears the unmistakable change of voice from the assertive adolescent to the established authority.

But there is another way to see these notes, one which gives them much of their charm. Kirstein invested his wide-ranging knowledge and enthusiasm in them, so that more than almost any other mere program note they contain interesting facts about the composers or artists who collaborated with Balanchine and the other choreographers at the City Ballet, or about history in general.

The compilers of this volume offer it as a modest but irrepressible complement to Lincoln Kirstein's other published work. He published these little pieces every season and they speak with the same voice as his best work, including his unique and sometimes awkward usages of English. It is fitting to bring them together for the first time in the centennial year of his birth.

Design and typography by Howard I. Gralla; Printed and bound by Thomson-Shore. 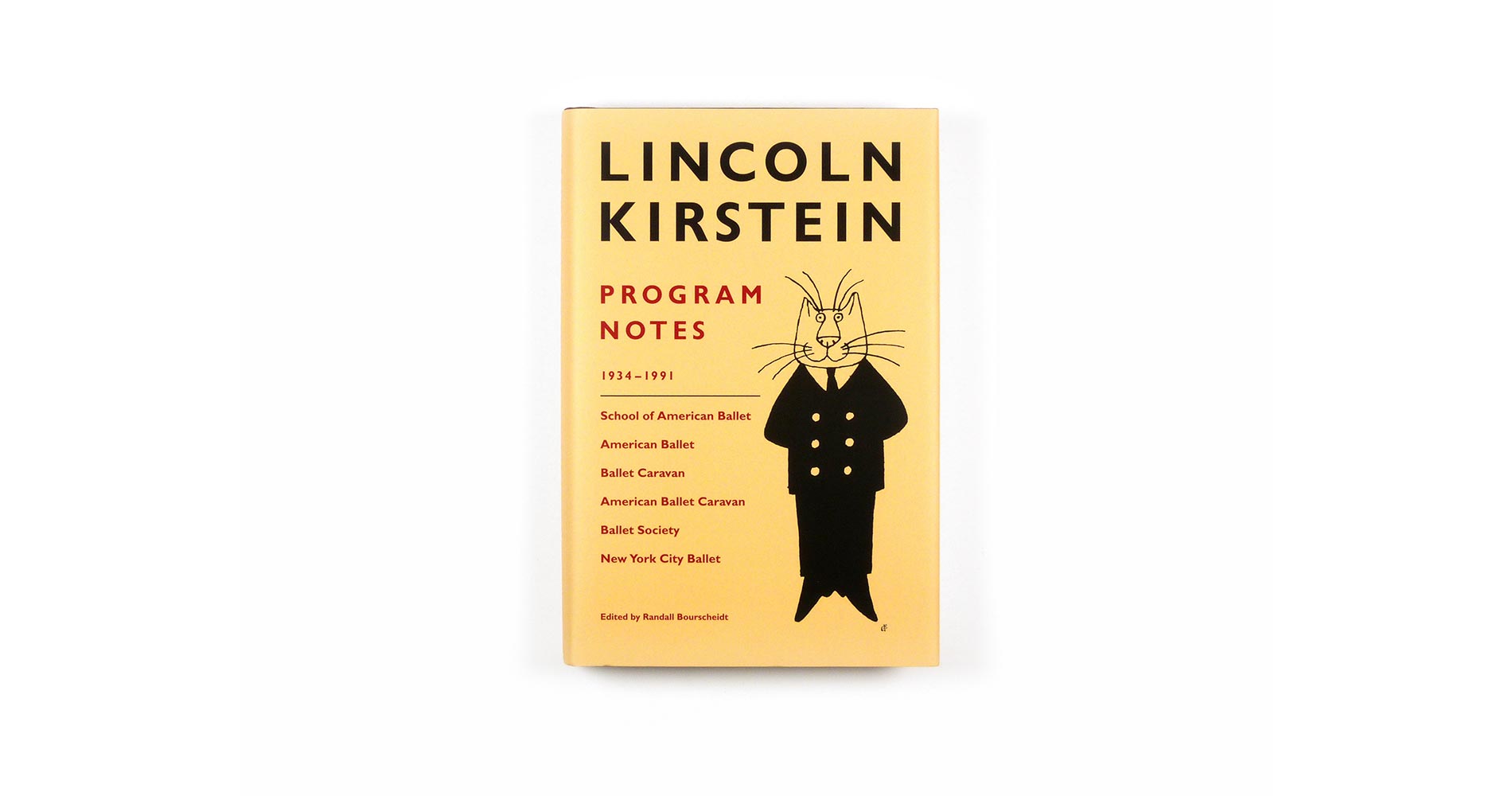 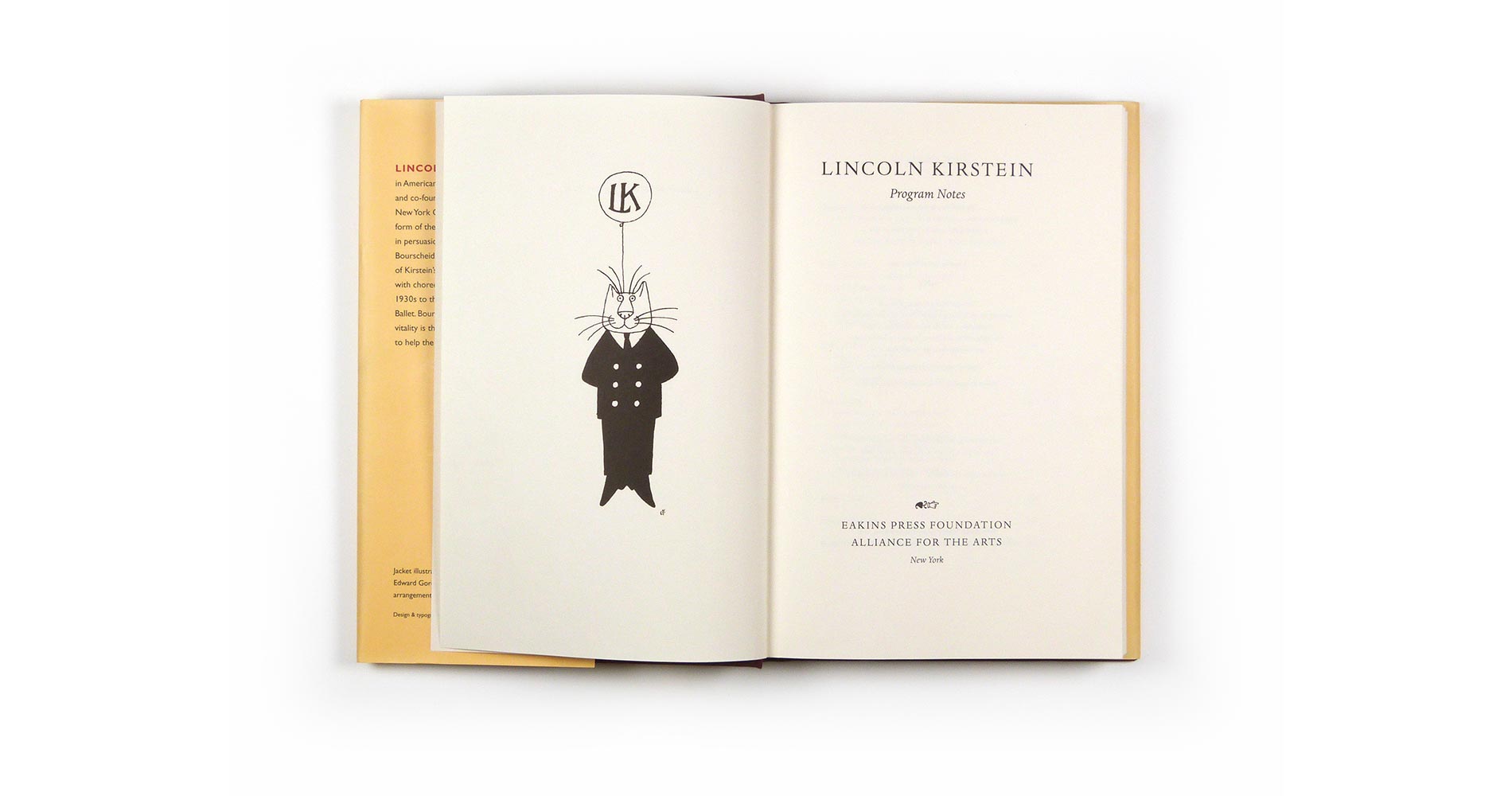 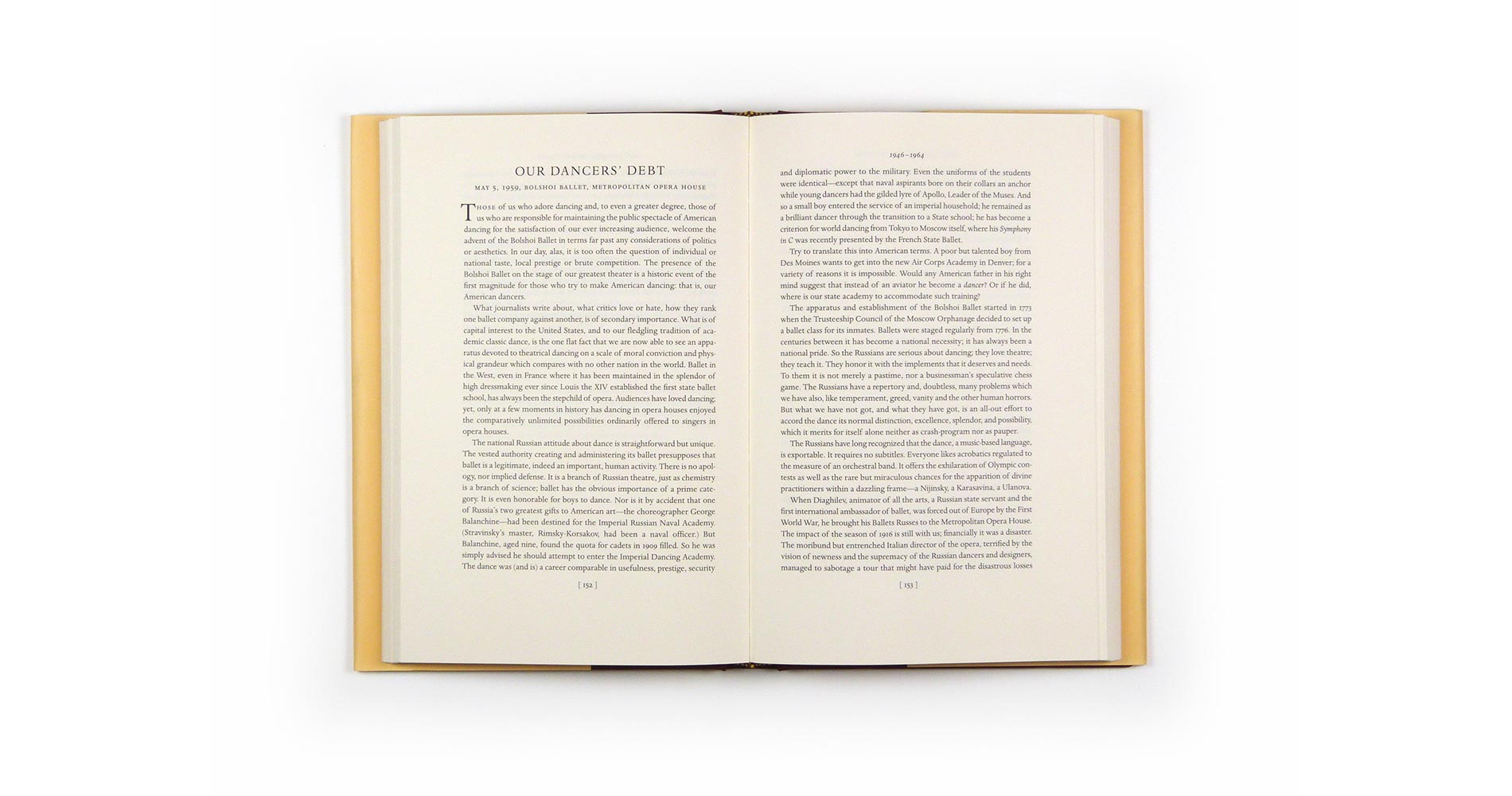 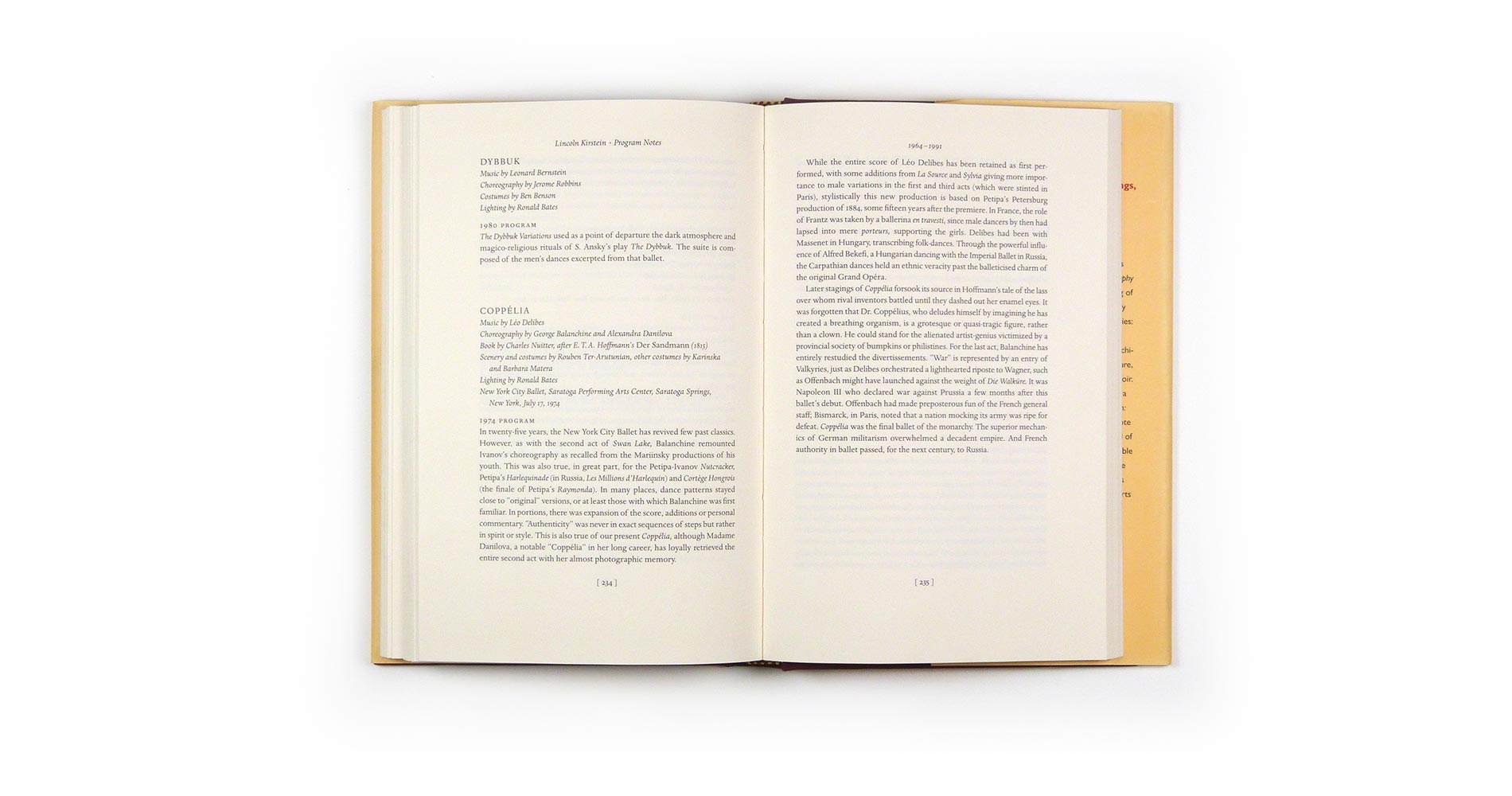