Edited by Randall Bourscheidt and Nancy Lassalle, with an essay by Holly Brubach, and poem by Frank O'Hara

Produced for the occasion: "To Celebrate the Life of Tanaquil Le Clerq" at the New York State Theater, May 20, 2001. New York City Ballet under the direction of Peter Martins.

Her father named her "Tanaquil," after an Estruscan queen of Rome; her friends called her "Tanny," an American diminutive. She could be imperious, she could be utterly down-to-earth. The daughter of a St. Louis debutante and a French writer and professor of literature, she was a rare hybrid, with a Yankee sense of gumption and a Parisian aura of mystery...Long before her death, she had already passed into ballet legend, her personal story intertwined with the history of a major cultural institution and the canon of a genius.
-Holly Brubach

Design & Typography by Catherine Waters; Tritone Seperations by Robert Hennessy; Printed and Bound at the Studley Press under the supervision of Sue Medlicott 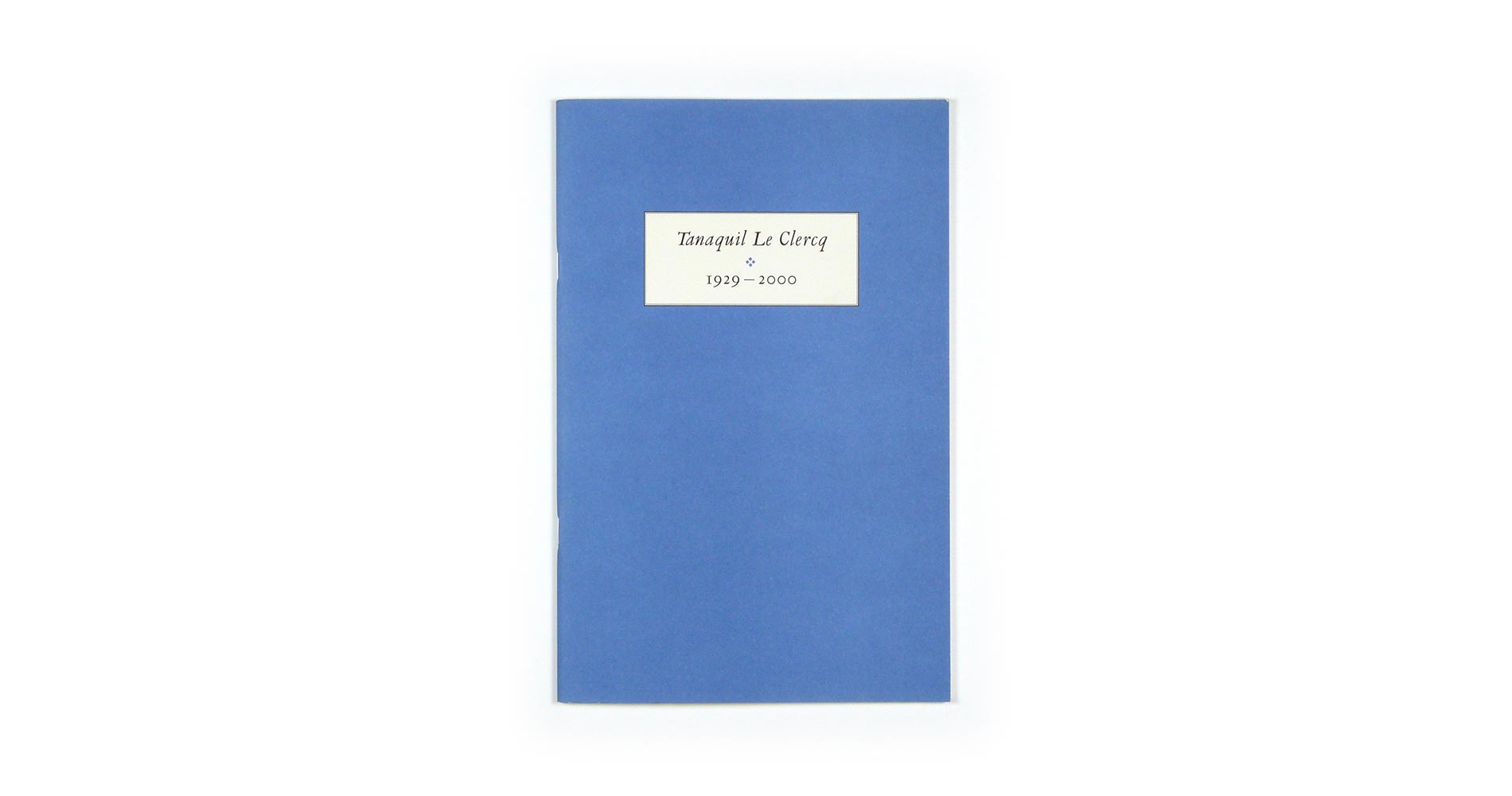 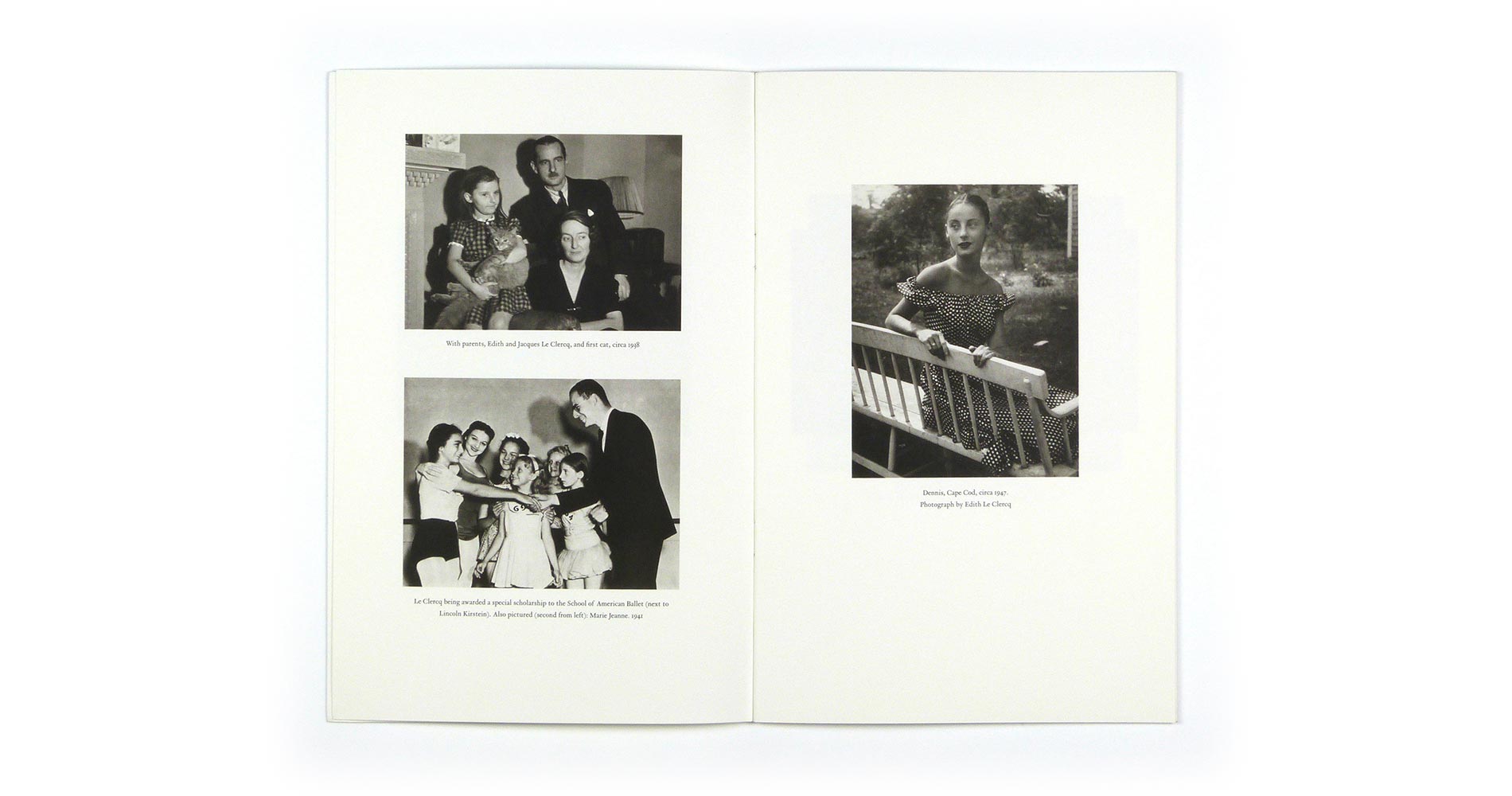 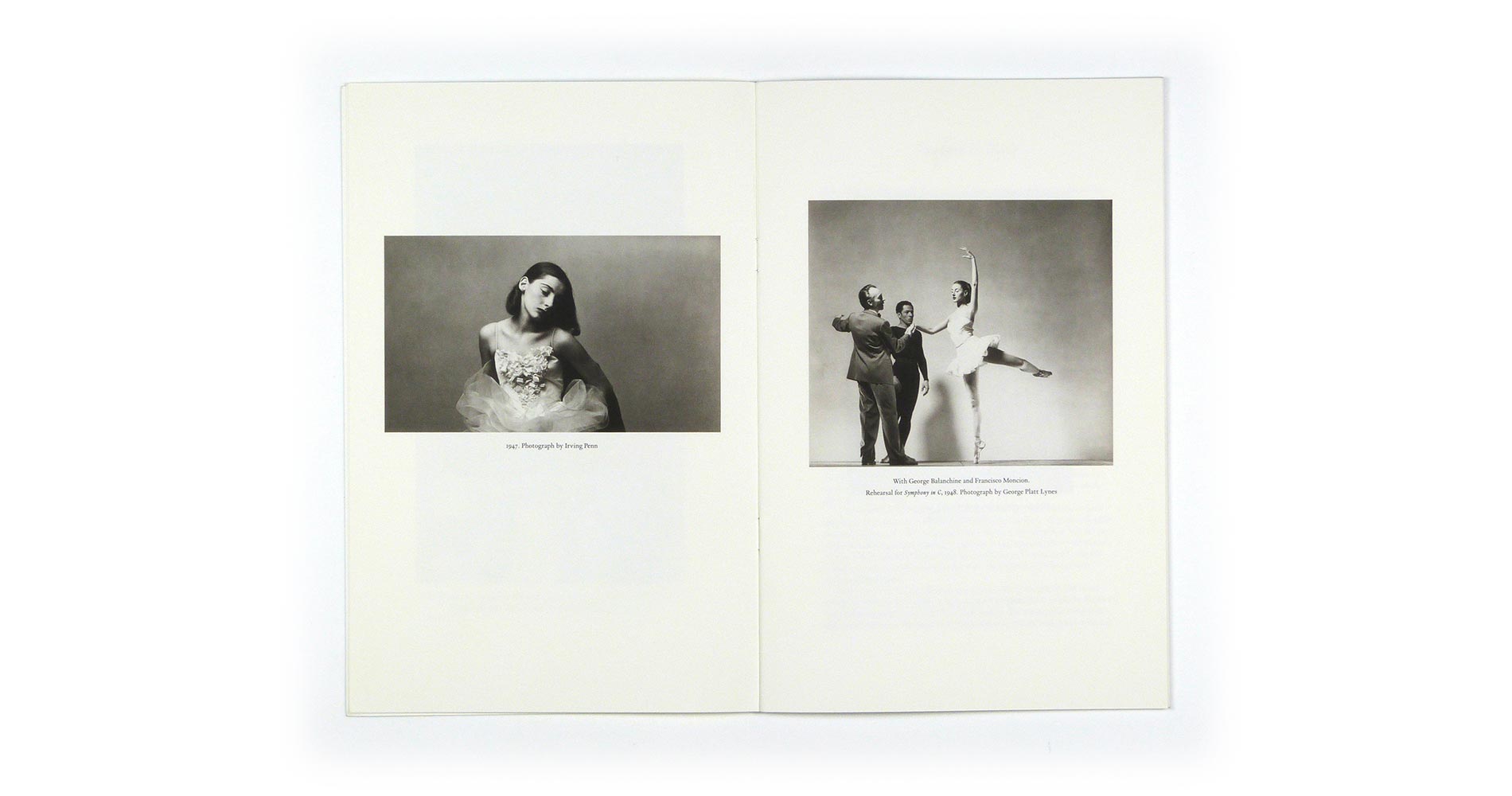 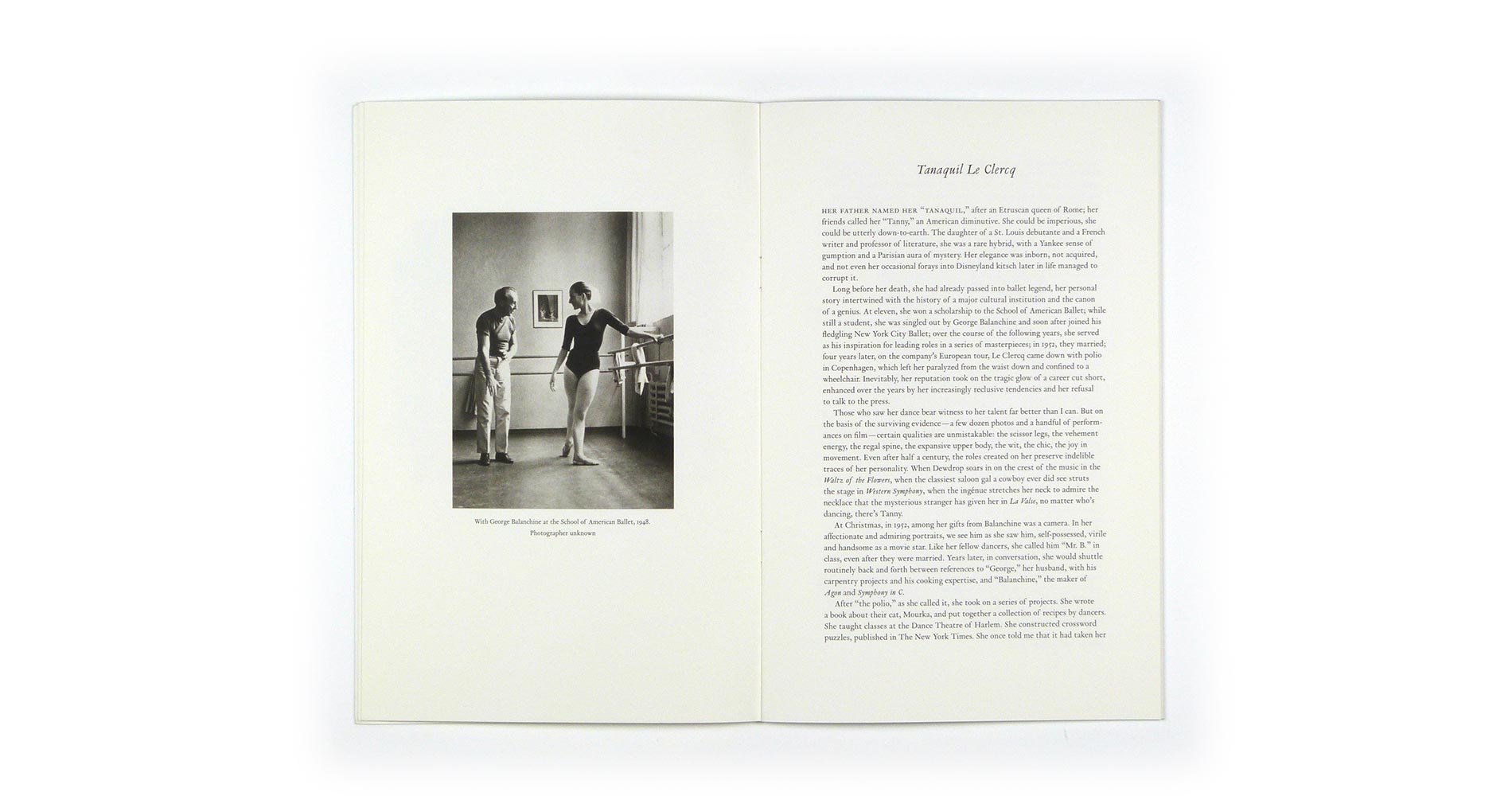 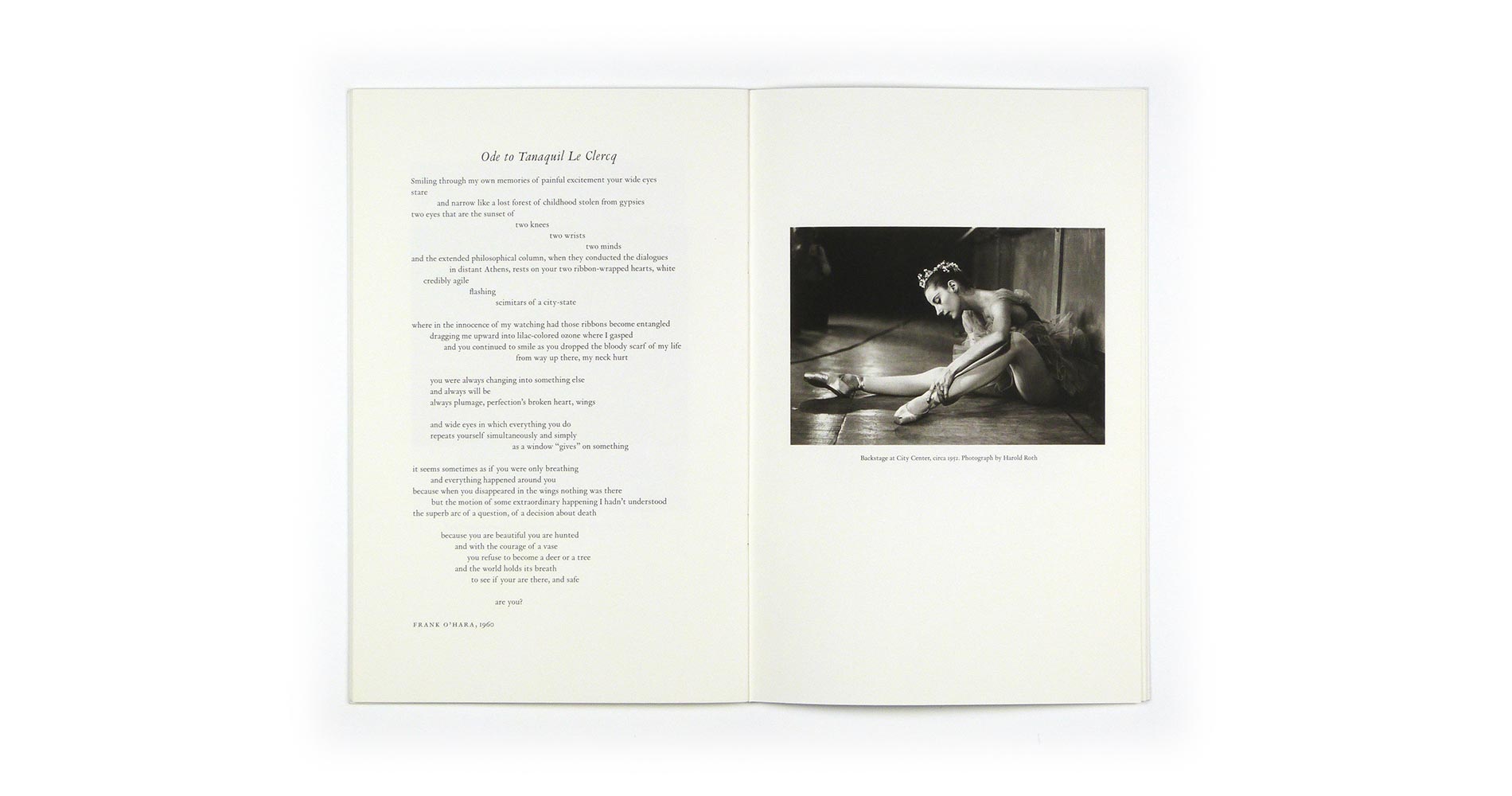